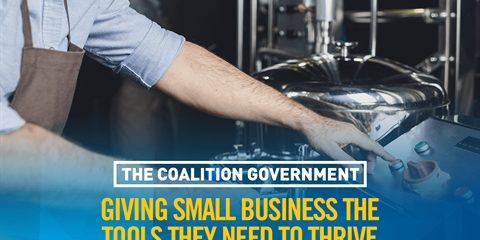 Rural and regional Australia is a focus of a new $1.5 billion Skilling Australians Fund announced by the Coalition Government that will create an extra 300,000 apprentices over the next four years.

“The Fund will create an extra 300,000 apprentices over the next four years reversing the dramatic decline that occurred under the National Partnership Agreement signed off by Labor in 2012,” Minister Andrews said.

Member for Leichhardt Warren Entsch said the Skilling Australians Fund recognises how important vocational education and apprenticeships are to industries and job seekers in rural and regional areas.

“The Coalition has identified growth industries that will be prioritised under the Skilling Australians Fund and that includes agriculture and tourism, which are critical to the Far North,” Mr Entsch said.

Minister Andrews said the Fund will be financed by the Government’s recent reforms requiring employers hiring temporary or permanent employer-sponsored foreign workers to pay a fee.

“We understand that overseas skilled migrants may be necessary to fill a short term need, but the Turnbull Government is ensuring that in the long term we can fulfil those skills needs with Australian workers, which is good for Australian business and good for our economy,” Minister Andrews said.

In response to local concerns about the impost of the new levy on employers, Mr Entsch said that many employers may actually find themselves better off under the new system.

“This can create extra administration for small business in proving they are carrying out in-house training, or alternatively they are just writing a cheque to an industry training fund without any transparency around how their money is being spent.

“So depending on how many foreign workers they sponsor they may be better off, or at least they’ll know that their financial contribution is going towards upskilling local workers to meet future needs.

“The new levy is fully tax deductible and has been supported by the Australian Chamber of Commerce and Industry as far back as 2015.”

Mr Entsch said the service would help keep Leichhardt apprentices in training by providing added support in the first two years of training.

“This will improve completion rates and support the supply of skilled workers in industries undergoing structural change,” Mr Entsch said.

“The focus on apprenticeships and traineeships in the Budget will boost the number of young people in Far North Queensland who choose and succeed in this pathway. It’ll also help more members of our community to get the skills they need in the industries of the future.”