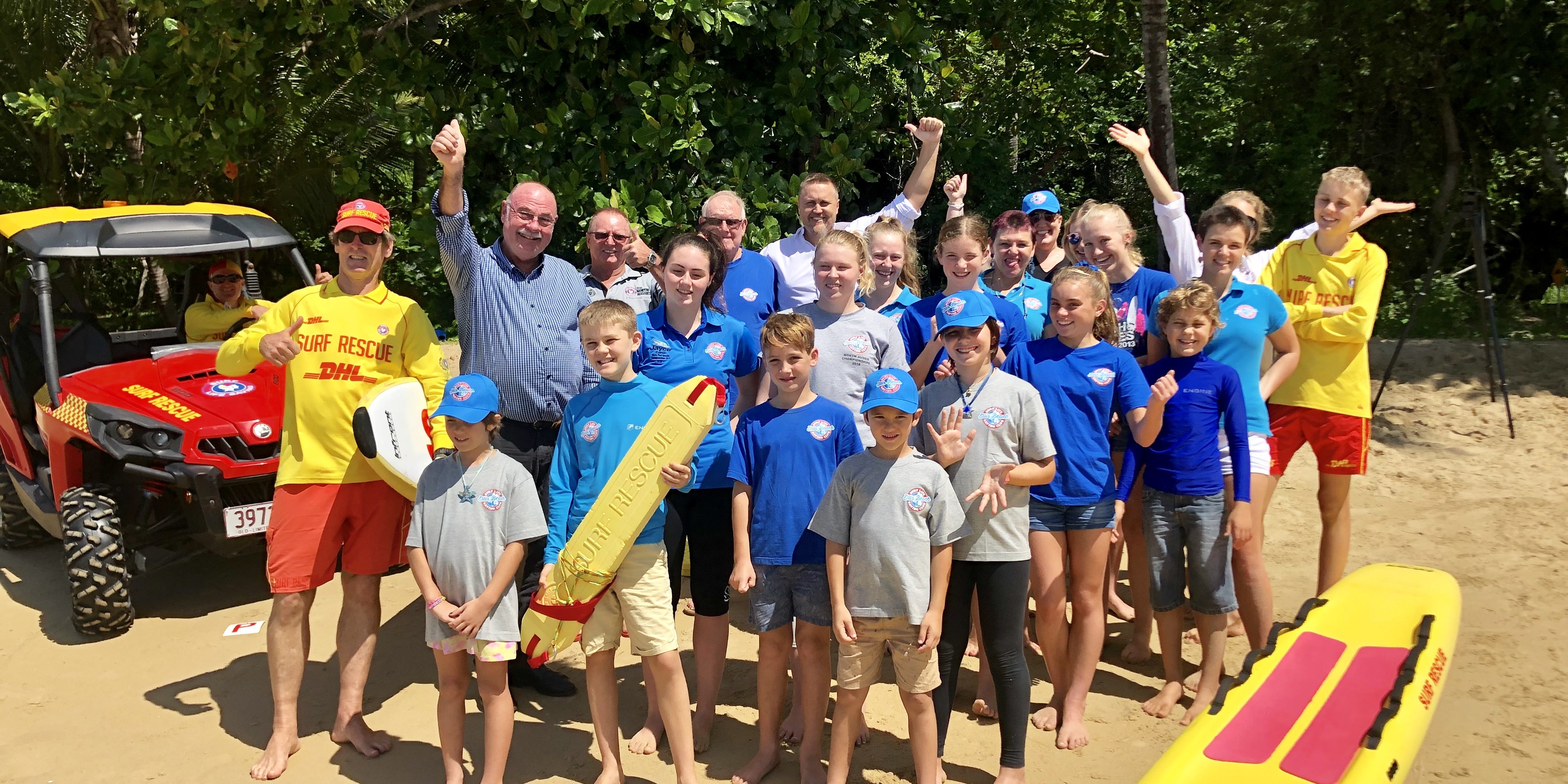 Funds for this project have been allocated under the Community Development Fund in this year’s federal budget.

He said this investment in this type of local sporting infrastructure was only possible because of the Coalition Government’s responsible economic management and strong economy.

“I have always been a big supporter of the Ellis Beach Surf Lifesaving Club and I was determined to see its members have access to world-class facilities,” Mr Entsch said.

“But more importantly, this investment will significantly improve safety for the club’s members, their families and guests.

“They will no longer have to run the gauntlet across the Captain Cook Highway to access the beach and competition areas.

“This project, once completed, will see the surf lifesaving club actually located on the beach, which anyone will agree is important.”

Mr Entsch said the project will involve the construction of a new two-story facility which will include a café, accommodation, competitors and officials’ areas, function rooms as well as viewing platform.

He said the DA is in the process of being finalised and will be submitted to Council for consideration within the next two months.

“This is an amazing outcome for surf lifesaving in our region and I want to personally thank Brett Olds and his team for their advocacy,” he said.

“This project was a no-brainer and I am extremely proud to be able to deliver it.”

“This is fantastic news for our club and its members,” Mr Olds said.

“This announcement has quite literally saved the club. Many people will not know that we were in initial talks about the possibility of having to relocating the club or actually closing it down.

“This investment will ensure the longevity and bright future of the Club for many years and generations to come.

“I want to personally thank Warren Entsch for delivering this project. His support has been unwavering and he has come good on his word.”