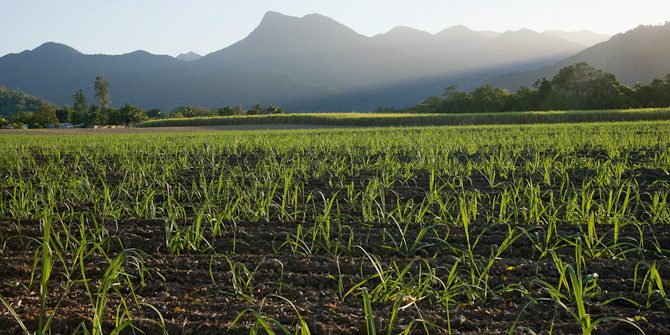 The Morrison Government’s innovative two-year $2.7 million pilot program to protect and preserve ecologically significant dry and wet tropic areas in Queensland’s north by dramatically reducing fertiliser on cane farms has seen a reduction of more than 700 tonnes of nitrogen across almost 6000 hectares.

Sixteen cane growers around Burdekin took part in the trial which started in 2016 and saw on average a 20 per cent reduction in fertiliser – saving farmers about $46 a hectare per year – while maintaining and, in some instances, increasing their yield.

An additional 35 growers were contracted to the program following the success of the pilot, with the Government’s Reef Trust investing a further $6.1 million – part of an effort to reduce dissolved organic nitrogen runoff in the region by 60 per cent – under the Reef 2050 Water Quality Improvement Plan.

“On International Day of the Tropics it is appropriate to recognise the efforts of Queensland cane growers in helping to protect and improve the water quality of our beautiful Reef,” Ms Ley said.

“This program is a tremendous example of farmers working with government and non-government organisations in the best interests of the community to bring about positive outcomes for the land, the Reef and the tropics.”

Special Envoy for the Great Barrier Reef and Leichhardt MP Warren Entsch said funding for projects provided under the Reef Trust partnership are bringing about practical environmental outcomes for the Reef.

“Today is a day to acknowledge that our sugar cane farmers are doing a terrific job, changing decade-long practices, which has led to a significant improvement in Reef water quality,” Mr Entsch said.

NQ Dry Tropics CEO Dr Scott Crawford said farmers saved money because they were buying less fertiliser and the environment benefited because there was less chance of damaging nitrogen from farms ending up on the Reef.

“About 10 per cent of sugar producers in the district have been involved in the four rounds of the project. Interest in reducing fertiliser use is growing because farmers can see that this is not only good for the environment but also for their bottom line,” Dr Crawford said.

For more information about the Reverse Tender-Burdekin project visit: nqdrytropics.com.au/reef-trust-tender2/