Tackling the ghostly killers in our oceans 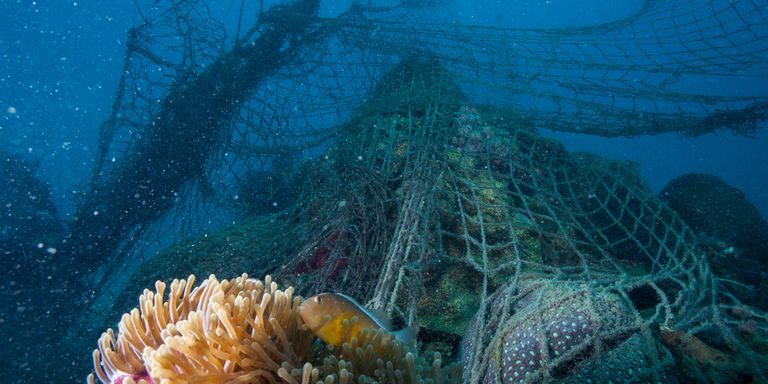 The Morrison Government is launching a crack-down on the tonnes of deadly ghost nets that indiscriminately kill tens of thousands of marine animals in Northern Australian waters each year.

The Australian Fisheries Management Authority, in partnership with Parks Australia, recently recovered two massive nets, spanning a combined 820 metres and weighing an estimated 3.7 tonnes, that are believed to have drifted into our waters after being lost, discarded or abandoned by foreign fishing vessels.

As part of a $14.8 million investment by the Morrison Government, multiple agencies are collaborating with Parks Australia to better track deadly ghost nets and identify their sources, while embarking on a range of initiatives to remove them from our waters.

Federal Leichhardt MP Warren Entsch said ghost nets were a scourge the waters off Cape York and the throughout the Torres Strait.

“Northern Australian waters and beaches hold some of the highest densities of ghost nets in the world with up to 80- 90 per cent of ghost nets in our waters coming from foreign vessels, due to prevailing currents and conditions in the Arafura and Timor Seas and the Torres Strait,” Mr Entsch said.

“Fish, turtles, dugong, sawfish, hammerhead sharks, sea snakes, and birdlife are among the tragic victims of these walls of death, which are also responsible for thousands of tonnes of plastic being added to our oceans each year.”

Federal Environment Minister Sussan Ley said Parks Australia is engaging closely with a range of indigenous, industry and environmental organisations who are working tirelessly to help protect the environment from ghost nets.

“There is no more morbid example of the horror being inflicted on our oceans than these walls of floating misery,” Ms Ley said.

“The sheer volume of plastic in the world’s oceans is an international disgrace and we are investing in practical steps to play our part in responding to this global challenge.

“The government’s $14.8 million ghost nets initiative will provide significant resourcing through Parks Australia in their work with AFMA, Maritime Border Command, Indigenous rangers and the fishing industry to combat this scourge on our marine life and ensure a more coordinated response.”

Funding will be invested in projects that directly address the challenge of ghost nets and marine debris littering Northern Australian waters and beaches and includes:·

More than $5 million will be invested in new technology to better detect, collect and dispose of ghost nets, which may include mobile recycling plants, satellite tags and tracking databases.·

Up to $7 million will fund work to be conducted with Indigenous ranger groups to collect data on the source of ghost nets and coordinate retrievals and marine debris beach clean ups in the Gulf of Carpentaria, one of the nation’s hot spots for ghost nets drifting from foreign waters.

The remainder will be invested in proactive steps to address the source of the issue with stakeholders, and enable further research and coordination:·

A new trial will be conducted in collaboration with AFMA and MBC to attach GPS tracking devices to ghost nets when an initial retrieval is not possible due to unsafe conditions.

This will enhance our ability to continually track the nets while they are drifting and arrange for their immediate retrieval by an appropriate vessel.

A study into regional-level needs for ghost net retrieval and disposal is underway, including an analysis of the feasibility and cost-effectiveness of available technologies and other solutions.

The CSIRO has been engaged and is finalising scientific analysis of aerial survey data from the Gulf of Carpentaria, which will highlight current hotspots for ghost nets and trends over time.