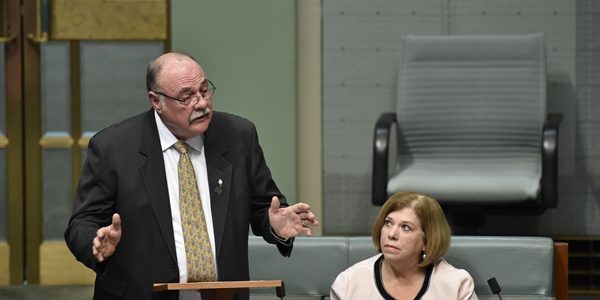 YESTERDAY’S Newspoll results aren’t surprising given the effectiveness of Labor’s fear campaign about the plebiscite, but don’t change anything in the bigger picture.

We exist in a political environment characterised by divisiveness, hard-line policy positions and a media totally unforgiving of compromise. Regardless of what Newspoll says the majority of Australian people want, the fact is that were Prime Minister Turnbull to scrap the plebiscite, it would be labelled a captain’s pick. Were he to take it to the party room, most would argue that it was an election commitment.

Even if the party room agreed to a parliamentary vote, a broad section of the public might approve but do you think for one moment that the media, the Christian lobby, Labor or the Greens would applaud? It would be slammed as a broken promise and a capitulation to Opposition demands.

Labor needs to accept that the plebiscite is the only option now.

Every issue has its time in the sun, when the national conversation is at its peak. But when that moment passes, it can be years ? or decades ? before momentum again reaches the point for change. Marriage equality is no different. You need only look at the poll figures to see where support for marriage equality is at – 62 per cent in favour and only 32 per cent against. The issue is white hot right now, and if not resolved on February 11th then I suspect many people will feel they have given it their best shot, and walk away to focus on other issues.

I admit the plebiscite is not my preferred option – I put up the cross-party bill in 2015 in good faith but it joined the 17 unsuccessful bills that had gone before. In the 2016 election, I won and lost votes on marriage equality alone, but conversations revealed that many people who supported the plebiscite weren’t opposed to gay marriage. There were certainly some, but the majority reasoned they did not want the vote to be owned by the politicians.

These people wanted to be able to tell their gay friends or relatives that their vote had contributed to this significant change. It’s not about claiming credit, but playing their small part as citizens of our society, and that view should not be underestimated.

After the Irish referendum, some argued that the voter turnout was relatively low. But nobody argued that the Irish people didn’t feel good about themselves, and subsequently there has been no move to overturn it. I see no reason why it won’t be exactly the same in Australia, with an outcome owned proudly by the Australian people. On the other hand, if the vote were to get rammed through the parliament by the politicians, a large proportion of the Australian public will never accept it and an outcome either way will continue to be challenged.

Overwhelmingly, Australians already know how they’re going to vote. This issue has been discussed for well over a decade, so advertising material will only target the single-digit proportion of people – 6 per cent according to Newspoll – who are undecided.

While I question the allocation of funds to the Yes and No campaigns, I accept that money would need to be spent in any case, either through the Electoral Commission or through the two Parliamentary committees. This is infinitely better than doling out funds to a broad range of interest groups pushing their own agendas. At least with the committees, material can be scrutinised through the Cabinet process to ensure language is appropriate, respectful and decent.

To achieve the best possible outcome, we need to work collaboratively across the political spectrum. We can concede that the plebiscite is not our preferred method, but it’s what the Australian people voted for, therefore we’ll do all we can to make the process a success. We’ve already debunked the argument that the plebiscite is not binding with a cast-iron commitment that the parliament will respect the will of the people. Legislation will be released well before the plebiscite date, ready to be enacted immediately in the case of a ‘yes’ vote. If we run this process with integrity and respect, it will be viewed much more positively.

Conversely, there is a huge risk of ‘issue fatigue’ the longer this is dragged out. We’re in a position now where we can achieve the outcome we’ve been working towards for so long, so I urge people not to dismiss this opportunity because they don’t like the process.

Those in the community who are taking a ‘willing to wait’ stance are doing so based on two very flawed assumptions. Firstly, that the ALP will win government in 2019, and secondly, that the policy position supporting gay marriage that was imposed on ALP parliamentarians at their national conference will continue past 2019.

I recall that in the months after the 1998 election, people were convinced the ALP would win government next time around, because the Howard Government had gone backwards by so many seats and the tide seemed to be with Labor. But in 2001, we saw a strong swing back to the Liberal Party with Labor recording its lowest primary vote since 1934.

Sections of the gay community are now gambling on a change of government, which cannot be guaranteed. And even if there is a change in government, you can’t guarantee that the ALP’s policy will continue. Many people objected very strongly to having the current position imposed on them ? Senator Joe Bullock for example. Labor’s right could argue that the current policy position no longer applies when it expires in 2019.

Lastly, this is a battle that’s been going on for decades now and while I’m not challenging the intentions of some individuals across politics in championing this cause, or those within the marriage equality movement, I’m concerned that people are losing sight of the end game ? for them, it’s more about the battle than the outcome.

We must put aside partisan objections and focus on what we want to achieve. This is the best possible chance we have had in a decade, but if the plebiscite legislation fails to get through parliament in the coming weeks, I will be one of millions of Australians who will be profoundly frustrated and disappointed. Let’s not allow this opportunity to be squandered.