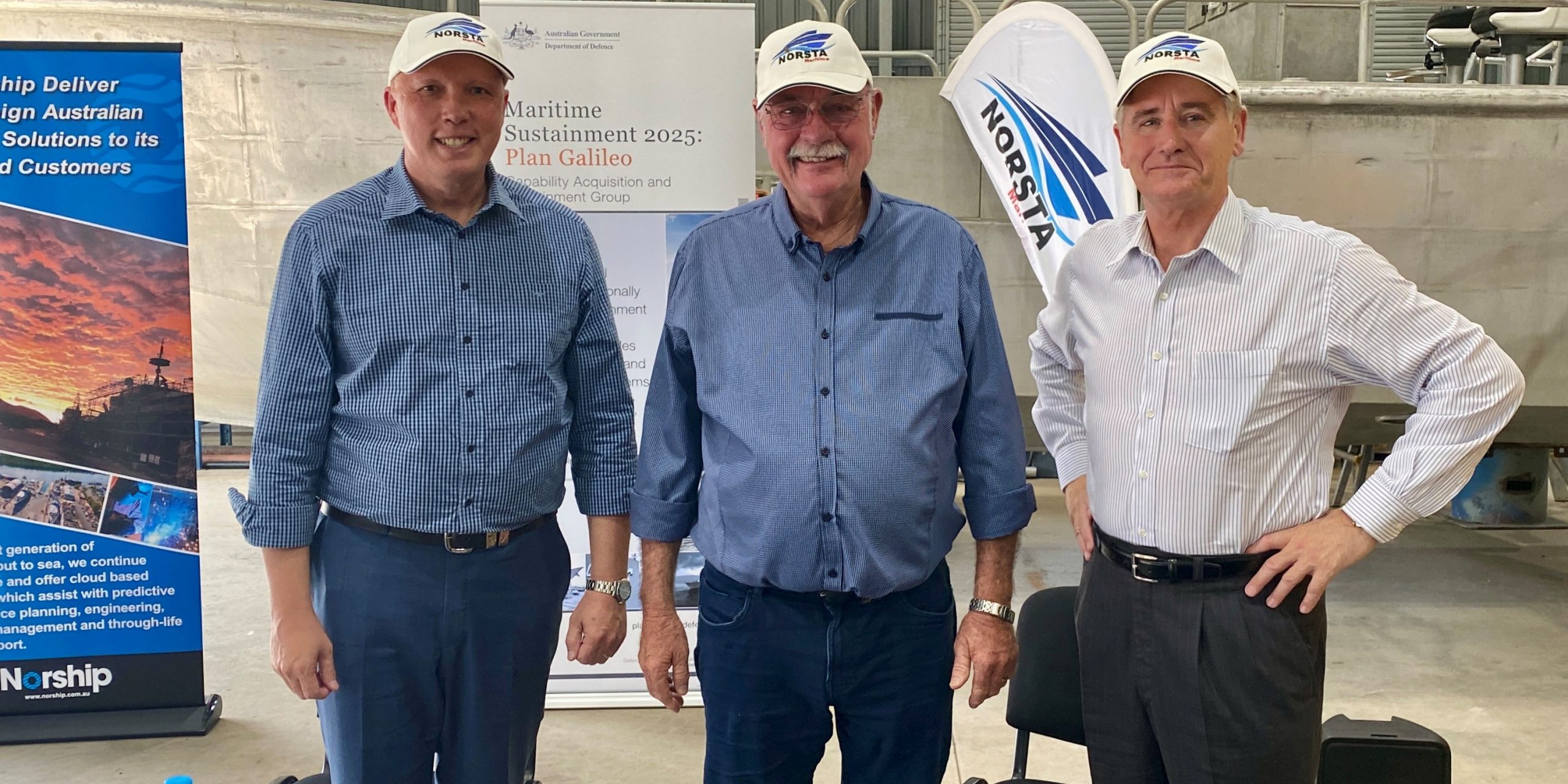 The Royal Australian Navy is growing its fleet and retaining its edge through a major maintenance contract in Cairns delivering jobs and security in Far North Queensland.

“RMC North East will deliver world-class continuous maintenance that is consistent and streamlined, ensuring Navy has the vessels it needs, where and when it needs them,” Mr Dutton said.

“Cairns is a major Navy base and a gateway to the Pacific, a strategically important location for Navy.

The RMC North East is the first of four maintenance centres to be developed at strategic ports around the country — in Cairns, Henderson (WA), Darwin and Sydney.

Mr Dutton said the contract contains incentives to ensure local and regional small and medium businesses are given a fair opportunity to compete for work.

“This model will build Australian Industry Capability, with local industry set to benefit from reduced barriers to entry and administrative overheads, as well as greater certainty and predictability so that they can better plan and invest,” he said.

“As the Regional Maintenance Provider in Cairns, NORSTA Maritime will be a vital part of the integrated workforce, performing management services, coordinating and scheduling maintenance and developing and stewarding sovereign sustainment capability.”

“As more naval ships are maintained here in Cairns, more Defence and industry personnel will be required, which will further support long-term local jobs and diversify our economy,” Mr Entsch said.

RMC North East will be operating by the end of this year and will initially support the evolved Cape class patrol boats.

Mr Dutton also announced the government’s decision to extend a contract with BAE Systems Australia for the in-service support arrangements of the Royal Australian Navy’s fleet of Hydrographic platforms which are also based in Cairns.

“The extension of the current support arrangements at a value of $14.3 million provides certainty for Defence industry and will support sixty local jobs in Cairns,” he said.

“This contract extension recognises the outstanding partnership between Defence, BAE Systems Australia as we continue to the support the important work delivered by defence industry in North Queensland.”

Further information on Regional Maintenance Centres is available at: www1.defence.gov.au/business-industry/naval-shipbuilding/plan/galileo