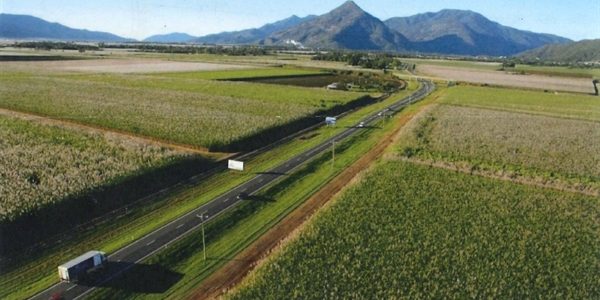 Works are now finished on safety upgrades of the Bruce Highway south of Cairns, with wide centrelines, new turning lanes and better lighting along five kilometres of highway between Gordonvale and Edmonton.

“This stretch of the highway is a critical transport link and these upgrades will make the route safer for all drivers, including heavy vehicles, freight carriers, commuters and tourists,” Mr Chester said.

“The wide centrelines are designed to reduce head-on collisions by providing more space between oncoming vehicles. The line marking also creates a buffer zone for motorists to move safely around vehicles stopped on the side of the road, without having to enter the oncoming lane.”

Acting Queensland Minister for Main Roads and Road Safety Steven Miles said the works would also boost safety at the intersection of the Bruce Highway and Sikh Temple Road.

“The Sikh Temple Road project includes the installation of a protected right-turn lane and upgraded street lighting, while the wide centreline works provide an 11-metre-wide seal, including a one-metre gap between north- and southbound traffic lanes,” Mr Miles said.

Federal Member for Leichhardt Warren Entsch said the project was a welcome boost to the local economy.

Member for Mulgrave Curtis Pitt said the works would boost safety on this stretch of the Bruce Highway.

“This upgrade is great news for local motorists, tourists and the freight industry, who will all see a decrease in road accidents and an increase in travel times and productivity. Safety works on the nearby 7.4-kilometre Victory Creek upgrade north of Innisfail are also on schedule, with stage two of this project expected to be complete late 2017, weather permitting,” Mr Pitt said.

The $50 million Bruce Highway – Pavement Widening Ingham to Cairns package of works is funded by the Australian Government (up to $40 million) and the Queensland Government ($10 million). For up-to-date information about traffic and travel conditions visit www.qldtraffic.qld.gov.au or call 131 940.