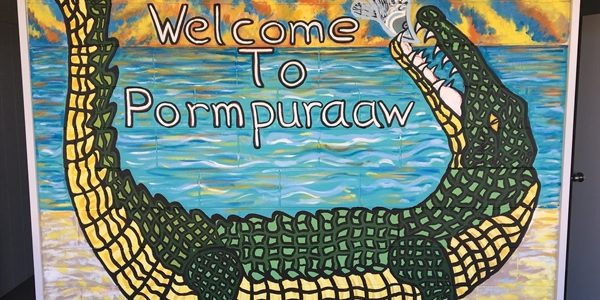 COMMUNITY groups in Cape York are joining forces under a Federal Government plan to stop the use of ice, drugs and alcohol at a grass-roots level, and deliver support to those battling drug and alcohol addiction.

Federal Member for Leichhardt Warren Entsch said an extra 40 Local Drug Action Teams (LADT) have been announced across Australia to tackle the challenges caused by ice and other drugs in communities.

“Our initial focus will be developing strategic action plans that are relevant to the unique issues faced by each area, educating communities to reduce sly grog and other drugs, identifying a variety of methods to promote our message, and encouraging all community groups to work together to deliver a consistent message,” Senior Sergeant Banaghan said.

Across Australia, more than 300 partnerships have been formed between local councils, service providers, schools, police, sporting groups and non-government organisations to bring these teams together to prevent and reduce the harms of drugs.

Over the next three years, 220 Local Drug Action Teams will be established across the country, supported by the Alcohol and Drug Foundation, to develop locally focused and responsive action plans to reduce the impact of drugs, especially ice.

“The Federal Government is providing $19.2 million for the program which will support teams to deliver local health promotion, community-led education and mentoring programs, early intervention and prevention programs, and provide support for vulnerable people at risk of alcohol and drug induced harm,” Mr Entsch said.

“This initiative is part of the Government’s $298 million investment over four years to combat illicit drug and alcohol use through the National Ice Action Strategy.

“We know a community response to drug and alcohol misuse is one of the best ways to effectively prevent and reduce harm caused by drugs.
“We must also continue to stop illicit drugs entering Australia, and we have already made significant investments in policing our borders and streets to combat the supply of ice,” Mr Entsch said.

The Australian Federal Police have seized over 12 tonnes of methamphetamine since January 2013. This included a 903kg haul of ice which was discovered in April this year – Australia’s largest methamphetamine seizure.

The first 40 Local Drug Action Teams rolled out in April this year and delivered local drug and alcohol forums for parents and students, mentoring and professional training for at-risk young people, school based reduction programs, and promoted the role of local sporting clubs.

Interested community groups can apply for the next application round, which opens in late 2017.

Information can be found on the Alcohol and Drug Foundation website www.adf.org.au/ldat