MARATHON EFFORTS TO SAVE THE GREAT BARRIER REEF 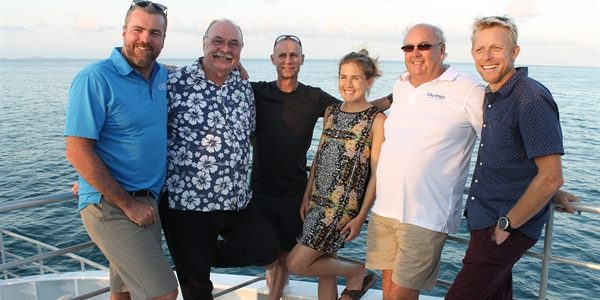 Lovers of running and the Great Barrier Reef are combining forces today in Cairns, Townsville and Mackay as they gear up to run for the Reef.

The Federal Member for Leichhardt Warren Entsch commended the participants and the organisers for taking local action to benefit the internationally recognised site.

“City Run and the marathon in Port Douglas on 22 October are great examples of the impact the efforts of local people, whose livelihoods and lifestyles rely on the Great Barrier Reef, can have on the Reef’s health and resilience in a direct and positive way,” said Mr Entsch.

“Not only are these events raising money for important research and awareness of the key challenges the Reef is facing, but also boosting the local economy and promoting a healthy lifestyle.”

The Great Barrier Reef Marathon Festival was the brain child of Bruno Bennett and Sam Cullen who first ran the event in Port Douglas in 2011. The men are excited the event has now stretched to Cairns, Townsville and Mackay with 20 per cent of money raised going directly to the JCU fund.

Sam Cullen from the Run for the Reef said the 4 events will have provided over $90,000 in the last few years to the reef research fund.

In a collaborative first James Cook University will research why global Whale Shark numbers have diminished to 'endangered species' levels in the last 4 months.

“We've known of their visitation over the last 10+ years but never had the opportunity to understand where they are coming from or whether they are travelling to,” said Dr Barnett.

“With numbers on the decline it has become imperative we endeavour to protect the migration paths of these gentle giants of the ocean.”

Over 2,500 people are expected to take part in the Port Douglas marathon next month. Bruno and Sam are currently working to expand the event to other cities around Australia in 2018.