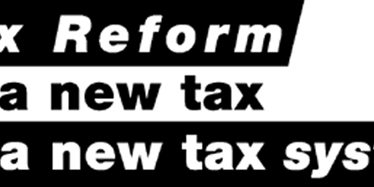 FEDERAL Member for Leichhardt Warren Entsch says we need to have courage to explore the best way to reform Australia’s current taxation system.

“There are serious issues with our current tax system. It was put together in the early 1900s ? long before the internet opened up the possibility of working, buying and selling across international borders,” said Mr Entsch.

“The system has certainly been patched and tweaked along the way. The last significant change was in 2000 with the introduction of the GST, but things continue to change and we need to keep up with that change.

“Now is the time for us to all have the courage to reform Australia’s tax system ? to look at what is working, and what isn’t working and then look for the best way to make those changes.”

Mr Entsch said there were no pre-conceived outcomes.

“Everything is on the table,” he said, “from stamp duties, to income tax ? particularly how it relates to overtime and forces employees into a higher tax bracket ? and bracket creep,” he said.

“We need the right tax system to generate growth and people want a tax system that will back them, rather than hold them back.”

The objective of tax reform is ensure Australia remains a high wage, generous social safety-net economy, that is creating new jobs. The task is to create a tax system that generates growth and provides incentives to work, save and invest.

“Any changes made to our tax system will be designed to support our economy and encourage innovation and investment, while providing adequate compensation – as has been done successfully in the past, for example with the introduction of the GST.

“This is the only way that it can be effective now and for future generations.

“While these discussions are underway, it’s vital that we don’t give a platform to scaremongering which fails to provide any alternative solutions.”