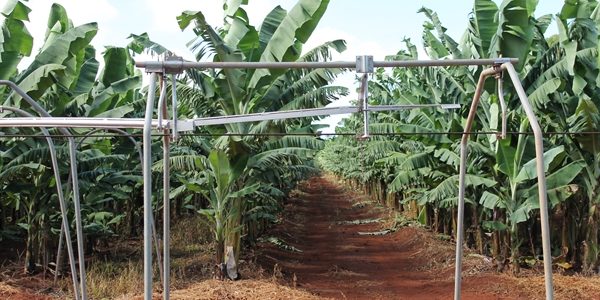 MEMBER for Leichhardt Warren Entsch is urging locals to take the time to nominate those people who are working hard for our Far Northern environment for the 2017 State Landcare Awards.

Mr Entsch said local Landcare groups and volunteers around Cairns, Douglas Shire, the Tableland and in Cape York in particular deserved to be recognised for their passion and commitment to the environment and to delivering more sustainable agriculture.

“Landcare is an important part of the Australian Government’s billion-dollar-plus investment in improving the condition of our natural resources, including soil health,” Mr Entsch said.

“In the Far North, we have a strong and varied agricultural, horticultural and grazing sector that extends from south of Cairns to the Tableland and Lakeland north to Cape York.

“That’s why it’s vital we acknowledge those individuals, partnerships and organisations that are carrying out this essential work.”

Assistant Minister to the Deputy Prime Minister, Luke Hartsuyker said Landcare Australia has more than 6000 groups and more than 100,000 volunteers.

“As we head into National Volunteer Week, these awards are not only a timely reminder to encourage people to get involved in their local community but also an opportunity to acknowledge the many significant environmental and agricultural outcomes being achieved,” Mr Hartsuyker said.

“We can’t have a sustainable agricultural industry without looking after its productive base – soil management, weed, pest and disease management, water management and biodiversity.

“Agriculture relies heavily on the health of the natural environment and the Australian Government is proud to acknowledge those dedicated to protecting it for future generations.”

This year there are nine categories in the state and territory Landcare awards including sustainable farming, indigenous land management, young land carers, coast care and innovation.

Nominations for the Queensland awards close on 4th September 2017.

Anyone interested in finding out more or submitting a nomination can visit
https://e-award.com.au/2017/landcareawards/newentry/about.php

A State award ceremony will be held in November 2017, and all winners at the state and territory level will go on to be finalists at the 2018 National Landcare Awards.