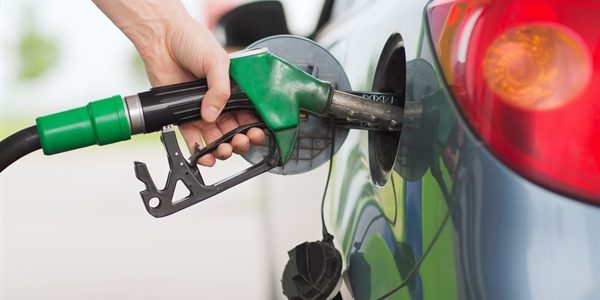 The ACCC’s findings that motorists in Cairns are paying almost 40 per cent more for fuel than in other Australian cities is “not surprising in the slightest”, says Leichhardt MP Warren Entsch.

“This confirms what we’ve known for a long time – that local drivers are paying far too much for fuel. What’s really disappointing though is that the main reason given is simply the greed of the retailers who are consistently making very high profits and don’t see any value in dropping their prices.

“As with insurance, the lack of competition in our area is a major driving force behind high prices. Coles Express sold around a third of the total amount of petrol in Cairns, despite having less than a fifth of the retail sites. This was more than twice as much as the next largest operator, Puma, which had 15 per cent of the petrol volume share. So here we have two of the seven players with almost 50 per cent market share.”

Mr Entsch said he had hoped the ACCC report might identify some issues that could be tackled at a local, state and federal level, such as the cost of wharfage in Cairns, transport or barriers to new retailers entering the Far North Queensland market.

“I’m very disappointed that the study didn’t find evidence of collusion between retailers that could be pursued through prosecution,” Mr Entsch said. “It’s not a coincidence that as soon as one retailer changes their price, the others are quick to follow and in the course of 10 minutes you can see the same Cent Per Litre (cpl) price across multiple petrol stations.

“These retailers are taking the public for fools, they know they can keep charging what they like and motorists will just pay it and continue to boost their profits.”

Mr Entsch said he was well aware that the ACCC was viewed as a ‘toothless tiger’ and said current laws were partly to blame for the difficulty in cracking down on colluding retailers.

“Under the current ‘cartel’ provisions, it’s much harder for the ACCC to prove wrongdoing in that it has to be able to show that there is a contract, arrangement or understanding between the parties.

“What we’re now doing is putting in place the Harper competition review reforms, which are giving regulators more powers to protect consumers. In particular, there’s legislation before Parliament at the moment which increases the power of the ACCC to crack down on companies that are engaged in ‘concerted practises’.

“This is any form of cooperation between two or more firms or people, or conduct, that would be likely to reduce competition in a market, and has lower hurdles for the ACCC to get over to be able to prosecute than the ‘cartel’ laws.

“The explanatory memorandum for the legislation actually uses the example of three petrol stations in a regional town whose collusion to price-match, even though at no time do they expressly or implicitly agree to do so, would satisfy the definition of a ‘concerted practice’.

“These reforms are certainly something I welcome and I think the threat of being accused of being involved in ‘concerted practices’ could well make our local retailers think twice.”

Mr Entsch said he hoped that Cairns would see a similar result to what happened in Darwin after the ACCC’s deep dive investigation in 2015, when fuel prices did drop.

“When prices come down it’s hard to pinpoint the reason exactly, but it’s thought to be a combination of greater scrutiny and pressure from media and the public, and the increased use of apps and websites that monitor petrol pricing,” he said.

“These apps and websites are a lot more effective now because the ACCC took petrol companies to court and forced them to release their data so that now it is updated multiple times a day, giving consumers up-to-date information on pricings at various retailers in their local market.

“Before, retailers only had to load their prices up once a day so at least this provides increased transparency and has apparently been effective in New South Wales in driving down prices too.”

Mr Entsch urged local motorists to be more aware of price fluctuations at their local petrol stations, and to use petrol price monitoring tools such as those recommended by the ACCC ? the MotorMouth app and website, the GasBuddy app and the Woolworths fuel app to find the lowest price in their local area.

“We have to reward those retailers who buck the trend and lower their prices, by giving them our business,” Mr Entsch said. “However there’s certainly no quick fix to this issue.”