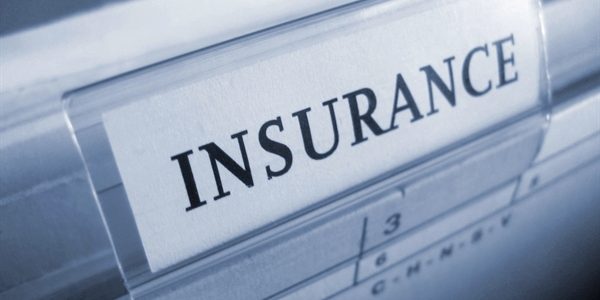 The makeup of the Reference Panel was announced on Friday by the Assistant Treasurer, Josh Frydenberg MP, and endorsed by the Prime Minister, Tony Abbott, during his visit to Cairns the same day.

“It’s great news that the Taskforce will be headed by Mike Callaghan AM, a former Executive Director in the Australian Treasury, who brings a great deal of senior leadership experience to the panel,” Mr Entsch said.

“He’ll lead a team of public and private sector members, and will be responsible for putting together the interim report and the final report to Government with recommendations on the best way forward.

“What I’m really excited about is the membership of the Reference Panel, which is made up of experts representing the insurance industry, consumers and government.

“I’m particularly pleased that Margaret Shaw has been appointed; she brings a vitally important Northern Australian voice to the table.

“Margaret is a unit owner from Airlie Beach and has been absolutely brilliant in her contributions on this issue ? she has a wealth of knowledge about the inner workings of the insurance industry combined with the experience of being a treasurer on the body corporate of a 25-unit apartment complex.

“I thought her involvement was critical and if Margaret doesn’t tick off on the recommendations, I won’t be supporting them.”

Mr Entsch said it was also good to see that Gerald Ewing, CEO of Regis Mutual Management, had been included, as it was Regis – in partnership with a major international reinsurance company – who raised the potential of a Northern Australian insurance mutual.

“The other members of the Reference Panel also bring a range of viewpoints and I’m very appreciative of them putting their time and effort into this initiative,” Mr Entsch said. The other members are;

“The work at this stage is not about asking whether there is a problem, that’s already been answered comprehensively through the Australian Government Actuary reports,” Mr Entsch said.

“The whole point of this endeavour is to put in place an initiative that will enable our insurance premiums to drop to a level that is close to parity with the rest of Australia.

“The Taskforce is looking at whether to establish a government-underwritten disaster pool, similar to the Australian Terrorism Reinsurance Pool, or whether we look at a ‘mutual’ arrangement.

“This is the option that I support, as it would need government support at the establishment stage but then would become self-sufficient; an asset owned by the policy holders of Northern Australia”.

The Taskforce is charged with exploring the feasibility of options that use the Commonwealth balance sheet to reduce home, contents and strata insurance premiums in those regions of Northern Australia that are experiencing insurance affordability concerns due to cyclone risk.

– Establish which regions in Northern Australia are experiencing acute insurance affordability concerns due to cyclone risk;
– Outline options to reduce the cost of home, contents and strata insurance that stems from cyclone risk in these regions, including a mutual cyclone insurer and a cyclone reinsurance pool as well as other options that are put forward during consultation;
– For each option, undertake a thorough evaluation of:
? the potential reduction in consumer premiums;
? the likely cost and risks associated with using the Commonwealth balance sheet to lower the cost of insurance to consumers;
? the potential effect on the operation of the insurance and reinsurance markets in Northern Australia, particular the likely effects on competition; and
? how the role of the Government can be gradually reduced over time.

In conducting the review, the Taskforce will draw on a Reference Panel of stakeholder representatives and consult extensively, including with industry experts in insurance and reinsurance.

The Taskforce will provide an interim report providing policy options for consultation before providing recommended policies in a final report to the Government by November 2015.