OPINION: Trinity Inlet needs to be dredged for Cairns to grow 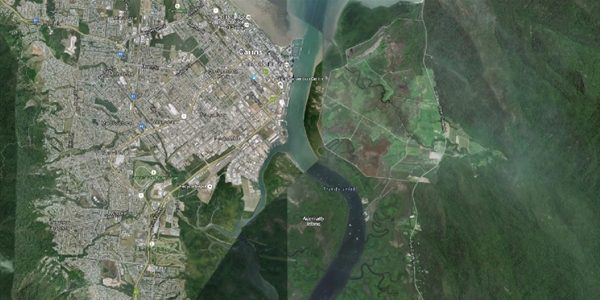 I’m bitterly disappointed that the Queensland Government has decided not to proceed with the dredging of Trinity Inlet. It’s also a disappointment for the broader Cairns community as they lament the loss of another opportunity that has been blocked by ideology.

However, it really comes as no surprise given the Labor party’s track record while in government and their close allegiance with the more radical green groups, whom they rely on to maintain political strength in the south-east corner of our state.

Much of their argument against dredging Trinity Inlet has been around the initial cost, but it’s this short-sightedness which will cripple the future growth of Cairns.

I’d first like to congratulate Peter Senior, though, for his very considered contribution to this debate in the Weekend Post on Saturday 2 May. I strongly share his views on this issue: Our city needs the inlet to be dredged if we’re to grow in a way that truly maximises our potential.

As we’ve already heard, the first obvious payoff would be in the form of increased revenue from more frequent cruise ship dockings. I’m aware of one major cruise-line that has been seriously considering basing at least one vessel in Cairns for several months each year. Allowing bigger cruise ships into our port isn’t just about passenger numbers, but also ongoing opportunities for local vessel maintenance companies and provedores.

Secondly, deepening and widening the inlet will facilitate the expansion of HMAS Cairns. Increasing its operational capability and the number of personnel on base would be very welcome for our community as, rather than contractions and job losses, we’d see an increase in local business opportunities and jobs growth.

Thirdly, it could allow for more regular visits to Cairns by the US Pacific fleet. While the US Navy has visited us occasionally in the past, a more accessible port would enable Cairns to further promote itself as a destination-of-choice for R&R – generating significant extra income for our city.

But port access is only one benefit of deepening the channel. There are other significant benefits that need to be considered.

As you know, I have strongly argued that the dredge spoil be dumped on-land rather than in the Great Barrier Reef lagoon. My view is that East Trinity is the ideal location – 940 hectares of denuded salt pan that sits just a few minutes from our CBD. The area has been left unused since the 1970s when a failed attempt at agriculture led to the worst sulphuric acid soil contamination in Australian history. Almost 20 years later, in May 1999, I was working with another well-known authority on the issue, Mr Norm Whitney, to find a solution to the problem. He and I co-hosted a workshop at East Trinity where CSIRO and other experts presented evidence that using dredge spoil to “cap” sulphuric acid contaminated soil was a long-established and environmentally-practical solution to dealing with the problem. Given that much of Cairns has been developed on reclaimed coastal land there’s no reason why this method shouldn’t continue at a site where it will also solve an existing, serious environmental problem.

Finally, Cairns is predicted to double in size during the next half-century. With such enormous growth forecast, we need be forward-thinking to contain our city’s footprint and minimise the negative impacts of urban sprawl. We don’t want to continue ribbon development south of Gordonvale, and we don’t want to be building higher up the hillslopes or expanding towards Mareeba. We must consider other options now. By using the capital dredge spoil to reclaim the East Trinity site, and incorporating the adjoining land west of Yarrabah Road, we’d bring the next population growth centre of our city within 4-5 minutes of Cairns’ CBD. It would provide us with an impetus for a genuine second access into Cairns – a route from Yarrabah into the city, whether over the inlet or across Admiralty Island.

Quite frankly, dredging Trinity Inlet and using the spoil to reclaim East Trinity ticks all the boxes – practical, environmental, social and economic.

Ultimately we, as a community, need to balance the long-term, strategic benefits of dredging Trinity Inlet against the immediate project cost. It’s not about ‘looking after the big end of town’ as Member for Cairns Rob Pyne seems to think. It’s something that we need to do – and soon, rather than sitting back and watching this city stagnate under the leadership of naysayers. Let’s fight to make sure we can all enjoy the benefits of a strong, vibrant and sustainable city into the future.