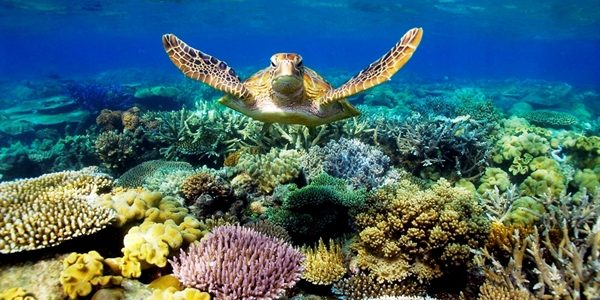 FEDERAL Member for Leichhardt Warren Entsch says Sir Richard Branson’s ill-informed comments on the reef being ‘in danger’ are disappointing ? but even more disappointing is Terrain Chair Mike Berwick’s support of the comments.

“I’m highly critical of Sir Richard Branson’s involvement in this debate on the health and integrity of our Great Barrier Reef,” said Mr Entsch.

“Like many other celebrities, he stepped into the argument to react to some politically-motivated, emotional clap-trap, and now he needs to weather the humiliation of a retraction.

“But what I find even more disappointing is that the Chair of Terrain, Mike Berwick ? who should really know better ? came out and reinforced Mr Branson’s comments.”

Terrain is a not-for-profit organisation in Far North Queensland that works with the community, industry and government to ensure sustainable management of water, land, soils and biodiversity.

It receives funding from the Australian Government and Queensland Government, and Mike Berwick ? a former Mayor of Douglas Shire Council – has been the organisation’s Chair for over a decade.

“In the time he has been Chair, the state and federal governments have literally invested hundreds of millions of dollars into Terrain,” said Mr Entsch.

“I’m baffled at Mr Berwick’s reluctance to acknowledge the outstanding work that has been done ? the environmental commitments by landholders, and the positive outcomes that have already been achieved.

“If Mr Berwick truly believes what he’s saying is correct, then he’s endorsing his own failure as a leader and he needs to reconsider his position.

“Terrain needs to be led by someone with more appreciation for the work that’s being done ? someone with the capacity to make sure that taxpayers’ investment into sustainability and environmental management gets a positive outcome.

“This just appears to be a round-about, opportunistic application by Mr Berwick for even more government funding for his organisation,” said Mr Entsch.