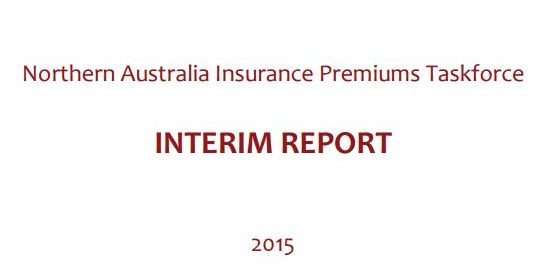 FEDERAL Member for Leichhardt Warren Entsch has welcomed today’s release of the Northern Australia Insurance Premiums Taskforce Interim Report, saying it demonstrates that the Taskforce is on track to deliver its final report and recommendations by the end of the year.

“This is about the Federal Government finding the best way to reduce insurance premiums for those of us who live in northern Australia,” said Mr Entsch.

“It was never expected that there would be any specific recommendations in the interim report. The focus of this report was on the cause of recent premium increases, and assessing the competitiveness and contestability of the insurance market in northern Australia.”

Mr Entsch said the Taskforce had been engaged in extensive consultations with more than 30 consumer and business groups – from state and local government, to insurance agencies, and real estate agents.

“I’m glad to see that they are exploring the options of a mutual cyclone insurer or a cyclone reinsurance pool, as well as several other possible approaches raised by the stakeholders,” he said.

“I would particularly like to commend the Taskforce head, Mr Mike Callaghan, for keeping me updated on their progress, and consumer representative Ms Margaret Shaw who took part in teleconferences – even while in Greece – and met with key stakeholders on her return to Australia.”

Mr Entsch said the Taskforce is inviting feedback on the issues raised in the interim report, with responses due by 14 September 2015 and the final report to be released in late November.