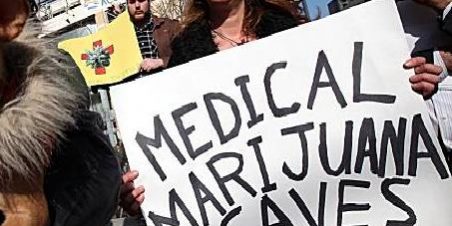 LEICHHARDT MP Warren Entsch has welcomed news this week that the Senate Inquiry into the Regulator of Medicinal Cannabis Bill 2014 has returned with very positive results.

Mr Entsch attended a briefing with fellow members of the Cross Parliamentary Group on Drug Policy and Law Reform to receive an update on the Bill’s progress and the results of the inquiry.

“The inquiry was carried out by the Senate Legal and Constitutional Affairs Committee and it was very heartening to hear that the Committee unanimously supported the intentions of the Bill,” Mr Entsch said.

“They heard a huge amount of evidence from medical experts and researchers and were ‘particularly persuaded’ by the personal stories they heard from ordinary Australians.

“They also highlighted potential issues that would need to be addressed, mainly where there are interactions between Australian Commonwealth, State, Territory and international laws.

“For example, there are rules around the movement of prohibited substances such as narcotics, and some overlaps between state and federal regulatory systems for medicinal products.

“Nevertheless, if these are addressed, the Committee recommended that the Bill be passed.”

Senator Richard Di Natale, who is driving the bill, advised the meeting that once the changes were made, the Bill could be debated and voted on in the Senate by the end of the year.

“This is very exciting,” Mr Entsch said. “We’re another step closer to a positive outcome.”

During his illness, Mrs Haslam and her husband ? a former NSW police officer ? were forced to “break outdated and illogical laws to access treatment for our son”.

“A compassionate society does not ban post-operative pain medications because a few people choose to abuse them,” Mrs Haslam commented.

“Why would you ban medicinal cannabis based on propaganda and exaggerated harm?”

Senator Di Natale said that while there was some momentum by States and Territories who were under pressure to act on the issue, in reality they were unsure about how to proceed.

“They are looking for a framework that we will be able to provide,” he said. “They can then decide whether to adopt that framework or not.”

Dr Penington answered questions from MPs and Senators, including on the risk of increased recreational cannabis use by young people if medicinal cannabis were made available.

He cited studies in the USA which found that when individual states legalised medicinal cannabis, there was no correlating increase in the number of young people using cannabis recreationally.