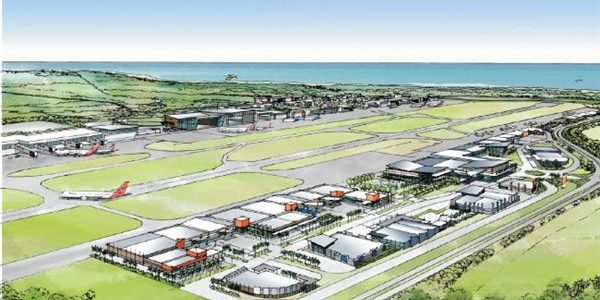 THE Coalition Government’s $5 billion Northern Australia Infrastructure Facility is open for business as of today, 1st July, with Leichhardt MP Warren Entsch describing it as a “major milestone”.

“The Turnbull Government is absolutely committed to developing northern Australia. The establishment of the NAIF, which will be headquartered in Cairns, is a cornerstone of our plan to unlock economic and population growth opportunities across the north, as set out in the Northern Australia White Paper,” Mr Entsch said today.

The NAIF will provide the financing to build the key transport, energy, water and communications infrastructure needed to grow our region.

“I’m particularly interested in how the fund will boost opportunities to develop ports, airports, roads and rail, the types of enabling infrastructure that will give us a much greater capacity in Northern Australia,” Mr Entsch said.

Mr Entsch said the recent 2016-17 Budget allocated $43.8m over five years to establish the NAIF in Cairns as a corporate Commonwealth Entity.

The NAIF will be administered by a Board which will be guided by an investment mandate to be issued by the Minister for Resources, Energy and Northern Australia.

“This is a great piece of Commonwealth Government infrastructure for Cairns and recognition of the talent we have here in FNQ and Northern Australia,” Mr Entsch said.

“I understand the Board will be planning to meet early in the new financial year to nut out the finer details of the office location and staff appointments.”

Mr Entsch said there were already two key local projects that should qualify for funds through the NAIF.

“I see the recent decision in relation to dredging of the Port of Cairns to be a fantastic opportunity, and I look forward to the Port Authority and the Queensland Government putting forward a proposal.

“We’ve also got the 20-year expansion plan for Cairns Airport, which is a privately owned business. This is very exciting, particularly when we look at their plan to establish an irradiation facility, which means that agricultural produce could be treated at the airport and then directly exported.”

However, Mr Entsch said he was concerned that during the course of the federal election, Labor had already outlined its plans to “raid the NAIF till”.

“Bill Shorten has clearly outlined his policy to rob $1 Billion from the NAIF and set it aside for tourism, and has already cited a project in Tasmania that’s caught his eye,” Mr Entsch said.

“This is very disturbing and shows he has no understanding of how the NAIF will work.

“Not only does he want to redirect the funds away from Northern Australia, but the Cairns Airport expansion on its own is a $1b ‘tourism’ project.

“Why limit spending on tourism infrastructure to $1b? It may well be that more projects come to light so we can’t lock them out of an opportunity to access this investment.”

Mr Entsch urged voters not to endorse Bill Shorten’s NAIF “cash grab” and instead to make sure that the north reaches its full potential, creating jobs and growth in this vibrant region, by supporting a re-elected Coalition Government locally.