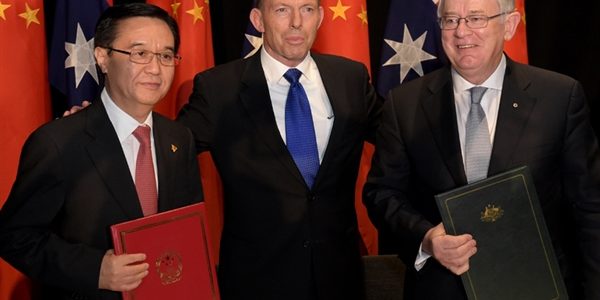 Mr Entsch made the announcement following Question Time in Parliament yesterday when he asked the Minister for Infrastructure and Regional Development, Warren Truss, about ChAFTA and how it would benefit the north.

“It’s important that trade agreements we make with our international partners – such as ChAFTA –feed into our vision of unlocking the opportunities and potential of the north in the coming years,” said Mr Entsch.

“I’m pleased to hear that this agreement between China and Australia will really complement our White Paper on Developing Northern Australia that was released in June.”

In Question Time, the Minister for Infrastructure and Regional Development Warren Truss responded to Mr Entsch’s question by explaining that Northern Australia has an enormous amount to offer to Chinese investors.

He said the White Paper “helps equip the north to be able to take advantage of the opportunities that the China free trade agreement will open up”.

“The majority of our exports to China, in fact, come from Northern Australia, so there is already a strong linkage – a strong connection – and there are huge opportunities for us to expand on that.”

Mr Truss said that reducing tariffs would benefit a number of major industries in the north.

“Reducing tariffs on minerals, including the elimination of all coal tariffs, is likely to save the Australian industry around $600 million.”

Support for the agreement has come from a number of unlikely stakeholders, including the former Labor transport minister – and now Chairman of the Australian Livestock Exporters’ Council – Simon Crean.