Bruce Highway to be widened to six lanes south of Cairns 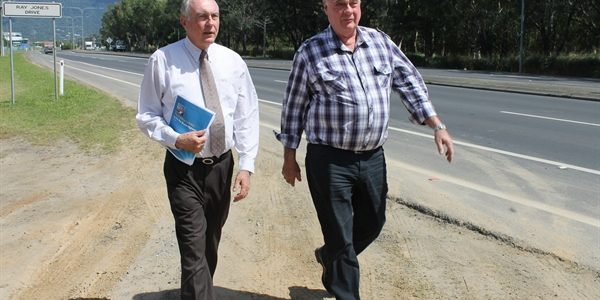 DETAILED design work has started on a $58 million project to widen 2.1 kilometres of the Bruce Highway south of Cairns from four to six lanes.

Deputy Prime Minister and Minister for Infrastructure and Regional Development Warren Truss said when complete, the Cairns Southern Access Corridor ? Robert Road to Foster Road project will reduce delays and improve safety for the thousands of motorists who use the road each day.

“This project forms part of the long-term upgrade strategy for the Bruce Highway from Wrights Creek, south of Edmonton, to Draper Street, near the Cairns city centre,” Mr Truss said.

Federal Member for Leichhardt Warren Entsch said construction on the upgrade was expected to start next year after the wet season and be completed in late 2017.

“These widening works are the next stage of the upgrade of the southern approach to Cairns. In addition to widening the section to six lanes, this project will also see the upgrade of the Robert Road and Bruce Highway signalised intersection and a new service road connection on the eastern side of the highway,” Mr Entsch said.

Queensland Treasurer and State Member for Mulgrave Curtis Pitt said the works were part of the Cairns Bruce Highway Upgrade master plan which was released in 2010.

“Implementation of the Master Plan started with the completion of Stage One last year, in which a 3.4km section of the Bruce Highway was upgraded from Sheehy Road, White Rock, to Chinaman Creek, Ray Jones Drive,” Mr Pitt said.

The project will create 147 direct jobs.