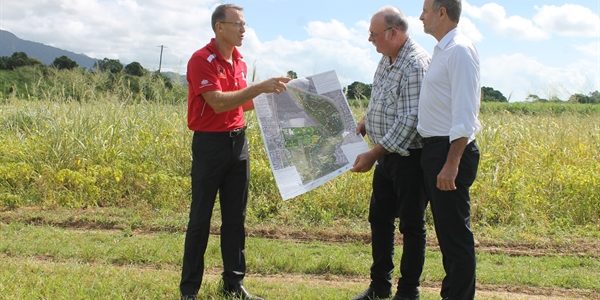 The Coalition Government is investing $12 million in the future of Indigenous girls from Far North Queensland through the creation of a new AFL Cape York House for Girls.

Minister for Indigenous Affairs, Nigel Scullion, said the Government was committed to supporting young Indigenous women to reach their full potential.
“That’s why we are investing $10 million to construct AFL Cape York House for Girls, and an additional $2 million to support its operational costs,” Minister Scullion said.

“While Indigenous women are attending university in greater numbers than Indigenous men, they have higher levels of disengagement after school, and lower employment rates.

“Often, this is because they are more likely to have caring responsibilities at younger ages which can impact on their engagement in school, and participation in employment throughout their lives.

“We want to support young women who need to move away from their home communities to complete their education and transition from school to further education or employment.”

“Students who board away from home are also faced with a number of challenges, requiring tailored wrap-around support,” Mr Entsch said.

“For many, this will be the first time they have lived away from home for an extended period of time so homesickness can be a factor. There’s also the challenge of getting used to a new residential environment, a different education system and making new friends.

“We’ve seen what a remarkable success AFL Cape York House for Boys has been so I welcome this initiative and congratulate Rick Hanlon and his team for securing significant Federal Government support.”

Cairns Mayor Bob Manning congratulated AFL Cape York House on successfully establishing the House for Boys, which will form the foundation for the Redlynch facility for girls.

The proposed House for Girls is set to go before Cairns Regional Council next week as part of the final draft of the Redlynch Sport and Recreation Parklands Masterplan.

Cr Manning said the regional benefit of the proposed development would be seen across numerous sectors.

“If endorsed, the imminent construction of the Cape York house facility will provide a solid starting point for delivery of the rest of the masterplan,” Cr Manning said.

“We received the strong message during our community consultation that the masterplan should combine sporting, activity and natural recreation space along with the AFL Cape York House for Girls.

“With thanks to the AFL and Coalition Government, this multi-use facility will address the needs of local sporting and community groups, schools and above all, provide a critical network for our young girls.

“A recreation area of this size will provide a boom for the local economy across various sectors including sport and recreation, construction, education and social services.”