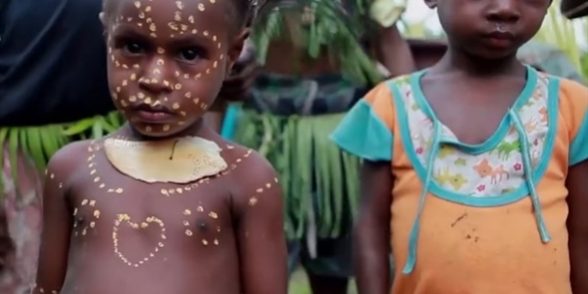 FEDERAL Member for Leichhardt Warren Entsch has supported a Private Members Motion in Parliament that recognises the “tireless efforts” of Youth with a Mission Medical Ships Australia (YWAM MSA).

The motion was put up by the Federal Member for Ryan, Jane Prentice, who was acknowledging the vital role the medical ship plays in the delivery of health services to communities in Papua New Guinea’s Western Province.

Mr Entsch said: “When you look at the statistics, delivering basic services into Papua New Guinea poses very serious challenges, with 80 per cent of the population living in very remote areas without connectivity.

“One in four Papua New Guinean children will not survive to celebrate their 40th birthday. This is where YWAM comes in and does a fabulous job.”

Mr Entsch listed some of the work that YWAM MSA had done in 2014 “with a very small amount of investment” from the Federal Government including: providing primary healthcare to 9,109 patients, performing 2,960 dentistry procedures, and distributing nearly 20,000 preventative health resources.

“It’s all very well to give out tablets and pills and the likes of that, but more importantly you have got to deal with the core problems. Of course, a lot of that has to do with the poverty and the way in which these people live and the need for clean water and sanitation,” said Mr Entsch.

“This is the fabulous work that this wonderful organisation does, and I cannot commend it enough,” he said.

Mr Entsch also highlighted the role of his wife Yolonde, who took on the role of Cairns Community Ambassador to YWAM MSA in February last year.

“She is the first community ambassador that has ever been appointed,” he said.
“Her role is to raise community awareness, recruit volunteers and help strengthen sister city relationships.”

The new ship, MV YWAM PNG, left Cairns in April 2015 on its maiden voyage, and Mrs Entsch joined the ship in Port Moresby for her first volunteer tour.

“There were 80 other volunteers on board, including the crew, and they did 4.5 clinical days. A lot of that work was done in the Central Province area,” Mr Entsch said.