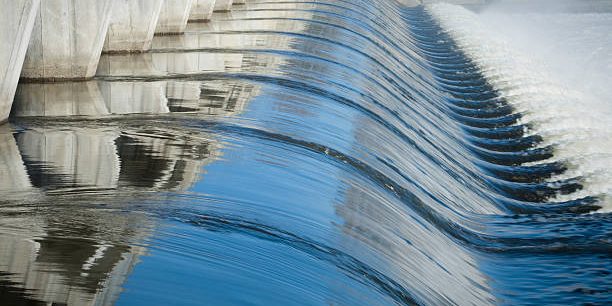 A more than half a billion dollar increase to the National Water Infrastructure Development Fund will bolster the delivery of transformational water projects for Far North Queensland communities.

Federal Leichhardt MP Warren Entsch said the federal government would work with the Queensland Government to identify and co-fund the construction of new water infrastructure projects including those in Far North Queensland.

“This is an historic announcement and is great news for Far North Queensland and especially for projects such as the Nullinga and Lakeland Dam projects,” Mr Entsch said.

“The Nullinga Dam final business case is due to be handed down in the first-half of 2019 so it would make perfect sense that money from this fund could be allocated towards the project.

“I will certainly ensure we don’t miss out on our fair share.

“We all know water is the life-blood of Far North Queensland communities and this historic injection of funds will be a game changer for many communities.

“This announcement is exciting for Far North Queenslanders, who understand full well the importance of water storage and underlines that as a government we don’t just talk about it we got on and do it.”

Mr Entsch said only last week he had the opportunity to ‘turn on the taps’ for the Port Douglas Reservoir project – the single largest infrastructure project ever undertaken by the local council.

“This just goes to show what can be achieved when the federal, state and local governments work together.

“I sincerely hope the same level of cooperation occurs in relation to the Nullinga and Lakeland Dam projects.”

He said the fund’s expansion to more than $1 billion, as well as the existing $2 billion National Water Infrastructure Loan Facility program, means more than $3 billion is now available from the federal government to support State and Territory Governments and their project partners, to build new water infrastructure and provide greater social and economic opportunity for Australians.

“We aren’t afraid to back dams. We want to build more of them,” Mr McCormack said.

“If we want to create jobs and grow regional Australia then we need to add water.

“This announcement will turbocharge the construction of water infrastructure because our agricultural industries expect it and our communities deserve it.”

Mr McCormack said this was yet another investment the federal government was making in regional communities to ensure water security and help create jobs and opportunities in the regions.

“This funding pipeline represents the single biggest commitment to investment for building water infrastructure across the nation,” he said.

“Access to secure and affordable water is critical to the lives of many Australians in regional areas and investment in water infrastructure is vital to keep Australia thriving, especially during tough times of extended drought.

“Having the right water infrastructure in the right place will provide greater opportunities for new and expanded high value irrigated agriculture.

“As a former rural bank manager, I know the value of a megalitre of water to a rural community,” he said.

“We’re proud to be delivering water and wealth to rural communities.”