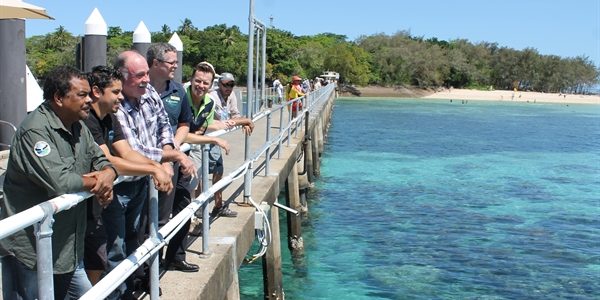 The Member for Leichhardt, Warren Entsch MP, said the National Visitor Survey is evidence that Tropical North Queensland is proving popular for those holidaying in Australia.

“This is great news for the local economy and local jobs,” he said. “Anecdotally, operators are saying that this has been the busiest season for a decade and with school holidays almost upon us again, visitor numbers are only going to increase further.

“It is fantastic that people are choosing our beautiful region to visit and spend their money.”

Produced by Tourism Research Australia for the 2015-16 financial year, the survey shows that 2,043,000 domestic tourists visited Tropical North Queensland, an increase of 14 per cent from the previous year.

These visitors spent $2.279 billion, which increased by 24 per cent from the previous year.

Visitor nights also recorded growth, with domestic tourists staying 10,457,000 nights in Tropical North Queensland, an increase of 16 per cent from the previous year.

“Congratulations to Tourism Tropical North Queensland and associated tourism bodies who are successfully attracting people to our region, and also to the tour, hospitality and accommodation services who are making their stay an experience to remember.”

Mr Entsch said that tourism remains an important focus for the Turnbull Government, with Australia’s vibrant tourism sector forecast to continue its growth trajectory over the next decade.

To support the tourism industry to grow further the Turnbull Government has committed a record $629 million for Tourism Australia to market Australia overseas.

Australia’s tourism industry is currently growing three times as fast as the rest of the Australian economy.

The National Visitor Survey is available on the Tourism Research Australia website: www.tra.gov.au