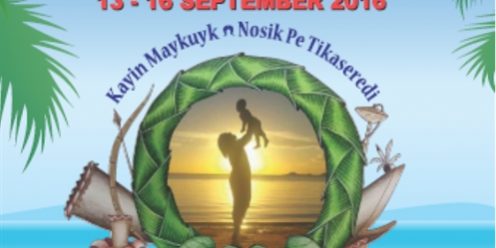 The Australian Government has today announced it will provide $70,000 to the Winds of Zenadth Cultural Festival in the Torres Strait.

The four-day cultural festival will be hosted by the Torres Shire Council on Thursday Island next week (13 to 16 September) and feature more than 400 performers and artists from more than 20 communities.

Founded in the late 1980s, this biennial event is one of the most significant cultural gatherings for Torres Strait Islanders with more than 5000 people coming together to celebrate and share traditional culture.

“It is the only major cultural gathering of all of the different islands in the Torres Strait aimed at showcasing and preserving Torres Strait Islander language, song, dance and art,” Minister Scullion said.

“Importantly, the festival will also be an opportunity to engage and employ local residents, and organisers have agreed to work closely with the local Community Development Programme provider, My Pathway.

“The festival’s programme includes contemporary and traditional music and dance, visual arts, films, storytelling, workshops and forums, and the making and racing of traditional model canoes. The opening and closing ceremonies will also be festival highlights.”

Member for Leichhardt Warren Entsch said that over the years it had been running, the event had developed into the premier cultural festival in the region.

“It attracts visitors from across the country who want to immerse themselves in Torres Strait culture ? through language, performance, wonderful art and traditional foods.

“It’s important that we continue to show our support and I congratulate the organisers of this year’s event, which I’m sure will be bigger and better than ever.”

The Winds of Zenadth Cultural Festival is funded under the Australian Government’s Indigenous Advancement Strategy (IAS).