TB and national park management the focus in Africa 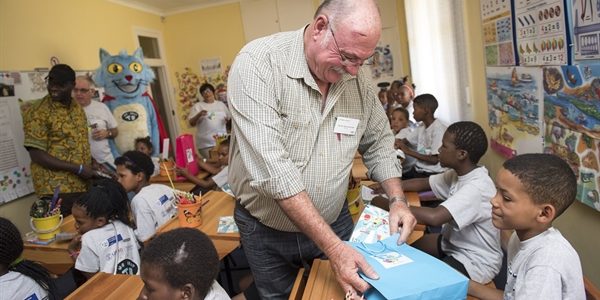 **IMAGE: At the Brooklyn Chest Hospital, young patients are able to continue their schooling.**

Late last year I had a very productive visit to South Africa and Botswana.

I took part in the 2nd Global TB Summit in Cape Town in my role as the Australian Convenor of the Global TB/HIV Caucus (99 countries strong!) and Co?Chair of the Asia Pacific TB Caucus.

It’s a sad fact that global rates of TB are declining at just 1.5% annually. At this rate, it will be 180 years before our goal – to have 10% or less of people globally being diagnosed with TB – is reached.

We urgently need profound change in the way we meet this challenge, while focusing on ongoing funding to continue research, develop a vaccine and ensure much-needed drugs are widely available.

I was particularly struck by a comment by Dr Jennifer Furin from Doctors without Borders, who’s been working in TB for over 20 years. She was on Daru Island, PNG, as recently as October 2015 and described the situation as “horrific”.

She added: “What is most despairing is the fact that with the right application this situation can be quite easily addressed.” This reinforces the concerns I have been raising about the Western Province for many years.

The visit to Botswana was in my role as Convener of the Australia/Africa Parliamentary Network. It was fascinating to visit Chobe National Park and see how local villagers are actively encouraged to help solve poaching issues.

I was highly impressed with a model of community engagement and ownership in a successful safari lodge.  Local communities provided the land and made a 25% investment in capital and in exchange, job opportunities are offered locally. Now, 28 out of the 29 employees are drawn and trained from the community.

There’s a clear sense of ownership and enthusiasm by people to maximise their skillsets in anticipation of when the lodge’s management and ownership is transferred to the community in 25 years. Wouldn’t this be a great model for communities on Indigenous-owned land in Cape York and the Torres Strait Islands?