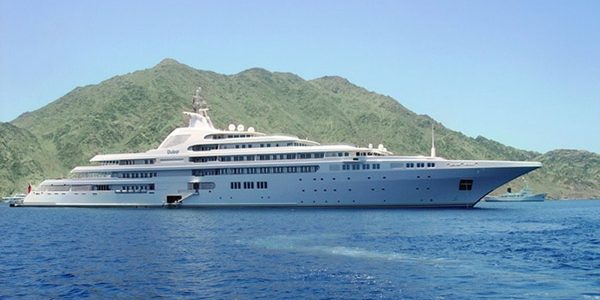 Cairns and Far North Queensland’s economy will be supercharged after changes were made to open up coastal Australian waters to superyachts.

Federal Leichhardt MP Warren Entsch said the Special Recreational Vessels Bill will allow superyachts to offer charters on the Australian coast – something the current system does not allow.

He said according to modelling the changes are expected to deliver a $580 million boost to the Far North Queensland economy and create around 4500 local jobs.

“This was a no-brainer really. We have always had a super yacht industry in our region, now we are going to have a superyacht industry on steroids,” Mr Entsch said.

“These changes will vastly expand our ability to share in tourism benefits that our pacific neighbours such as Fiji and New Zealand have been enjoying for some time.

“This unlocks a number of exciting trade and tourism opportunities right along the Far North Queensland coast.”

Mr Entsch said the advocacy work of Advance Cairns in driving the changes was second-to-none.

“The team at Advance Cairns has been working tirelessly to get this outcome and their work and advocacy should be publicly acknowledged,” he said.

“There are around 5,000 superyacht vessels around the world and now we can take advantage of this thriving industry, bringing passengers from all over the world to sail in our waters.

“The second aspect of this is the enormous benefit having these superyachts here will have to our world-class marine maintenance industry.

“We commend the Morrison Government for recognising that now is the critical time to act,” Mr Good said.

“The high value visitors this will bring to regional Australia is significant. “

“Tourism Australia has been working with Superyacht Australia to ensure our country’s signature experiences are well marketed to these potential charter clients.

“The 11,800 jobs this will create mostly in regional areas is something the government should be proud of.”

“Cairns, the Whitsundays and Port Douglas are examples of some of the regional tourism hotspots that will enjoy the major boost thanks to expanded superyacht tourism,” Mr McCormack said.

“The 2020 Tokyo Olympics and the America’s Cup in Auckland will bring a number of these vessels to the Pacific over the next 18 months and this enables Australia to get on board and ride that wave.

“This Bill would not have passed without shipping and cruise industry stakeholders who have supported the changes – and the Labor Party who has provided bipartisan support for this initiative.”