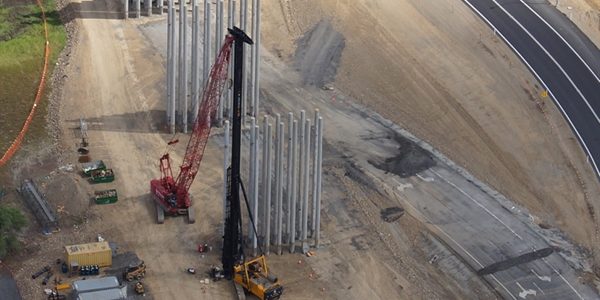 THE Federal Member for Leichhardt, Warren Entsch says he’s disappointed at the QLD Treasurer’s comments at the weekend that ‘Canberra has forgotten the north’ in the latest Federal Budget.
“I expected better from him,” said Mr Entsch, “as in the past I’ve found him to be more focused on community outcomes than politics.”
Mr Entsch said the 2015-16 Federal budget presented Queensland with the highest investment in infrastructure per head of population compared to other states.
“The truth is that the whole of Queensland, including the Far North, has seen a solid commitment from the Australian Government – especially for infrastructure,” he said.
“Curtis has neglected to mention the $101.3 million to start upgrading the Beef Roads and $3.7 million to develop a new infrastructure projects pipeline, together with $15.3 million for tropical health and medical research, and $2.1 million for the Northern Australia Insurance Taskforce.”
Mr Entsch also dismissed Curtis Pitt’s claims that ‘the Hann Highway didn’t get a cent’.
“The Prime Minister himself, when he was in Cairns recently, committed to the Hann Highway as part of the Northern Australia White Paper,” said Mr Entsch.
“But the Federal Government is still negotiating with the State Government over how much the work will cost – the State Government seems to be budgeting for a Brisbane-based contractor, while we’re pushing for local councils and businesses to do the work at almost half of what the State Government says it will cost.
“If Curtis Pitt is serious about capturing opportunities for the Far North, he will step in and get a guarantee that the Hann Highway upgrade will be undertaken by local organisations to ensure the money stays in this region and benefits our councils and Indigenous communities.”
Mr Entsch added that the Federal Government’s $5-billion concessional loans fund, announced in last Tuesday’s budget, will also provide a vital incentive for greater investment in infrastructure across Northern Australia.
“During last year’s Northern Australia Inquiry, a number of project proponents told us that having some form of federal government support would be a strong encouragement for private sector investment.
“Now, private enterprises, as well as the governments of Queensland, Western Australia and the Northern Territory, will be able to apply for concessional loans to build these much-needed pipelines, electricity, port, and water infrastructure.”
Mr Entsch said: “Curtis Pitt’s comments are at complete odds with what is actually being done – the Far North isn’t being forgotten by Canberra, it’s one of the Federal Government’s primary focuses for future development.”