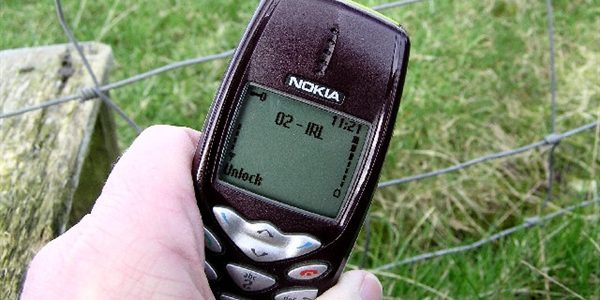 FEDERAL MP Warren Entsch is strongly backing the Western Cape community in its campaign to improve mobile phone and internet services in the region.
Mr Entsch spoke with residents and businesses during a visit to Weipa last week, including Chamber of Commerce members who said they were struggling with slow and unreliable communications.
The Leichhardt MP said he was disappointed that there had been no submissions from Weipa to the Federal Government’s Mobile Black Spots Program, which would have highlighted issues in the area and allowed Telstra to potentially bid for government funding to help upgrade the local tower.
The Chamber has now put together a petition with around 3000 signatures on it, which was to be presented to Mr Entsch to table in Parliament.
“Unfortunately the petition wasn’t in the correct format to be formally tabled, which meant that it wouldn’t have received a response from the Minister for Communications,” Mr Entsch said. “However I’ve given the Chamber some advice on what needs to be changed, and once it’s been revised I’ll be happy to take it to Canberra.”
Mr Entsch said he had spoken with the local Telstra Countrywide representative about the poor network services, and their advice was that people must make sure they are logging all faults with Telstra as soon as possible to incidents occurring.
“If people are making complaints several days later rather than logging faults at the time, then Telstra has very little information to work with,” Mr Entsch said. “They need to be notified of faults in order to get a history of when issues are happening, what’s happening and why.
“This way, when a fault is reported they can carry out a line test in real time. If there are multiple faults logged, then the issue can be escalated and Telstra can start looking at network congestion issues etc.
“Further to that, they can look at whether people need to get smart antennas, whether a site visit is appropriate, whether infrastructure needs to be upgraded or a nearby base station retuned.
“Anyone can report a fault, even if it’s on someone else’s behalf, by ringing 132203.”
Mr Entsch also advised businesses that he was keeping an eye on when Weipa can expect to get the NBN.
“Weipa is not included in the current rollout through to September 2016 but I’ve spoken to NBNCo and they’ve advised that due to Weipa’s population size, it is likely to get the Fibre to the Node broadband.
“This may extend to Napranum as well, given its proximity, and other regional townships such as Old Mapoon and Aurukun will benefit from much faster download speeds when the new satellite is launched at the end of the year.”