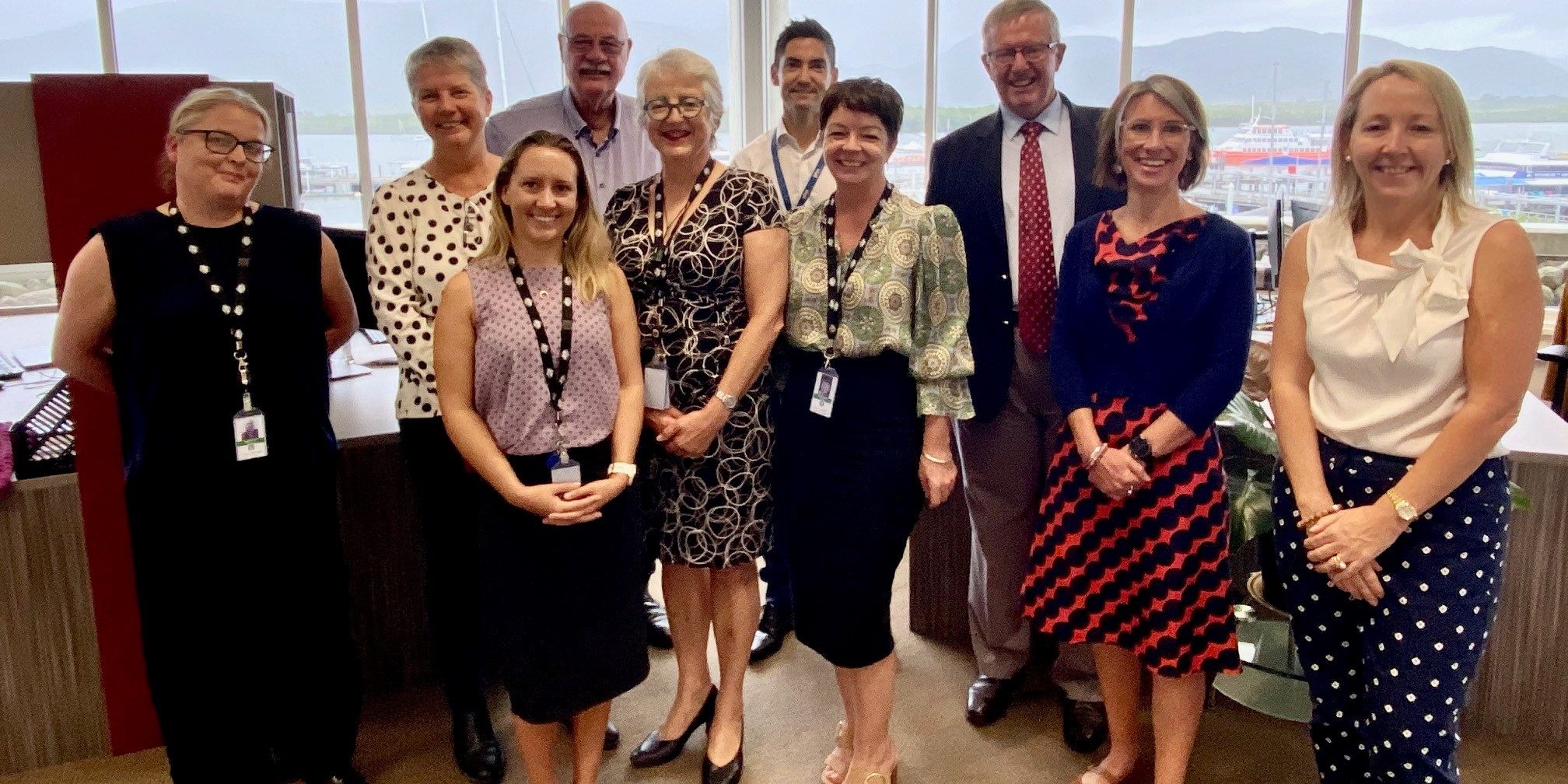 Another step forward in closing the health gap between rural Australia and major cities was realised today when the new home of the Office of the National Rural Health Commissioner opened in Cairns.

Minister Coulton said having the Commissioner’s office based in regional Australia meant it was close to the people it was working hard to deliver health outcomes for.

“We understand rural communities confront a wide range of issues when accessing health, including workforce shortages and facing a higher burden of disease,” Minister Coulton said.

“What’s important is ensuring the various national health programs the Government funds are flexible and respond to the unique needs of rural communities.

“Being based in Cairns and working across Australia, Professor Stewart and her team are closely connected to rural and remote communities which underpins the role of the Office to advocate for system wide improvements to improve health outcomes for regional Australians.”

Federal Decentralisation Minister Andrew Gee said locating the Office of the Commissioner in Cairns was another example of the Australian Government’s decentralisation agenda, supporting regional jobs and local economies.

“Basing public servants in regional communities such as Cairns makes them more connected to regional Australia and the communities they serve,” Mr Gee said.

“From an unbeatable quality of life, to lower mortgages and great job opportunities, the regions have a huge amount to offer and this is why we’re seeing more people escaping the cities than ever before.”

Federal Leichhardt MP Warren Entsch said the local office would increase accessibility for locals, connecting them to significant functions of government that impact them directly.

“This is a fantastic win for our city and the wider region,” Mr Entsch said.

“Regional and rural health is an issue close to my heart and I look forward to working closely with Professor Stewart to deliver better health outcomes for residents right across my vast electorate.”

“Having lived and worked extensively in rural and remote communities, including most recently the Torres Strait and Cairns region, I understand how rural communities build successful healthcare services,” Professor Stewart said.

The Office has a key role in progressing the implementation of the National Rural Generalist Pathway, supporting community-tailored models of primary care, and guiding the transition to new GP training arrangements.

“Recognising that every rural community is different, in my role as Regional Health Minister my vision is to create rural healthcare and training models which better integrate local healthcare services to respond to the specific challenges faced by communities,” Minister Coulton said.

“We’ve delivered funding through the last two Federal Budgets to develop more flexible, localised health care models in rural communities and the Commissioner and her team are integral to this work.

“The Commissioner and her two Deputy Commissioners bring multidisciplinary expertise to provide a broad perspective on rural health and contribute to meaningful policy reform.”

The Office also plays a key role supporting the Government’s ongoing rural response to COVID-19 which includes advising on the impact on the health workforce in regional, rural and remote communities and keeping people informed about the vaccine rollout.

Professor Stewart is supported by her team of policy officers and executive support based in Cairns, Adelaide and Canberra.