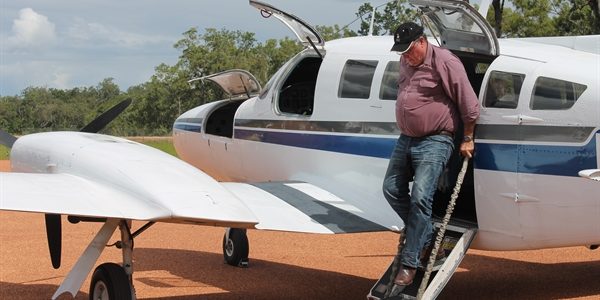 LEICHHARDT MP Warren Entsch has rubbished claims from Labor that regional airstrips face a loss of funding for upgrades, describing it as “irresponsible scaremongering” from the Opposition.

“Any suggestion that airstrips in Leichhardt are going to be affected is nonsense,” Mr Entsch said from Canberra today.  “The Deputy Prime Minister’s office has personally confirmed with me that the remote airstrip upgrades program has not been ‘axed’.

“The fact of the matter is that projects are prioritised on an ongoing basis, and budgeted accordingly in the relevant time period.  Just because there is no funding allocated beyond 2015-16 certainly doesn’t mean the program won’t continue ? it will just be dealt with in future budgets.”

Mr Entsch said Labor used exactly the same process when they were in government, and Mr Albanese was well aware of this.

“In fact, I can confirm today that Pormpuraaw will receive $790,000 towards the much-needed resealing of its airstrip ? this is very good news and Pormpuraaw Aboriginal Shire Council CEO Edward Natera is very happy.

“Yes, we have been making the hard decisions – but it’s to ensure that money is going to areas where it’s really needed.”

The commitments for Aurukun, Kowanyama and Lockhart River airstrips were locked in in January and budgeted for as part of the $8.9m that has been allocated so far under this program.

“There is an element of flexibility in the program and this has worked very well – for example, Kowanyama were able to carry out their upgrade under budget, and they have been given the go-ahead to make extra improvements with the remaining funding.”

Mr Entsch said that as part of the White Paper process looking at developing economies in regional areas, airstrips were a central piece of infrastructure and they would feature in the Committee’s report in coming months.

“We are absolutely committed to regional aviation and the ongoing air services to regional communities, and the leaders of Cape York know this,” he explained.

“They have welcomed the investment in their facilities and I have full confidence that this will continue in coming years.

“Albanese and McLucas are doing nothing but running around and creating mischief, spouting a litany of lies, and they should be condemned for it.”