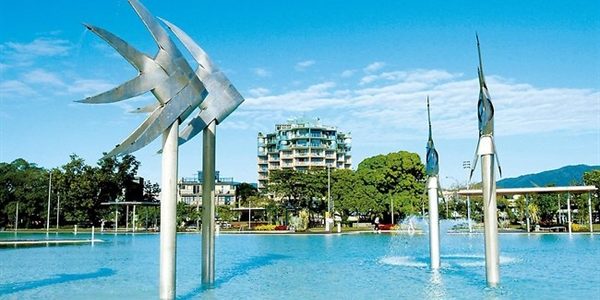 AS the Australian Tourism Exchange draws to a close in Cairns today, Leichhardt MP Warren Entsch has congratulated Far Northerners for “pulling out all the stops” for the event.

“The feedback I’ve heard over the course of the week has been incredibly positive,” Mr Entsch said.

“Considering that this is the first time in the ATE’s 35-year history that it has travelled to a regional destination, I think Cairns has really opened their eyes to the opportunities.”

Due to the timing of this week’s Parliamentary sittings and the Budget, Mr Entsch was unfortunately unable to take part in ATE activities. However, he commended local media for keeping the event topical in their coverage this week.

“I’ve heard about the incredibly friendly welcome that delegates received on arriving in Cairns, and that the community as a whole has been warm and welcoming,” Mr Entsch said.

“The weather’s been a bit wet but when you’re in the tropics and you’ve come from a chilly southern autumn, I’m sure they weren’t complaining too much.

“It also sounds like the temporary structure adjacent to the Convention Centre worked very well and the delegates enjoyed walking around the city centre, so road closures weren’t an issue.”

Mr Entsch said he had been in regular contact with Karen Halbert, General Manager of Corporate Affairs for Tourism Australia, who had described the event as “amazing”.

“It’s fantastic to hear that a significant amount of income has been pumped into the Cairns economy over the course of the week,” Mr Entsch commented.

“Karen was also very positive about Thursday’s farewell dinner, with its Restaurant Australia-theme, tying in with the new Tourism Australia campaign.

“With up to 1800 people dining on the wharf, wine from Australia’s ultimate wineries, produce sourced from all over the country as well as local prawns, cheeses, beef and vegetables, it will be a real highlight.

“It will not only cement Cairns’ position as a must-do destination but it will confirm the reputation that Australia already has around the world thanks to the extraordinary quality of our food and wine.”