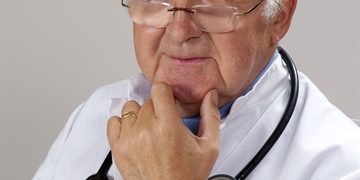 Federal member for Leichhardt Warren Entsch has announced more patients in Far North Queensland are seeing a doctor without having to reach for their wallet, thanks to Medicare.

This is the highest bulk billing rate in Leichhardt for any financial year since the inception of Medicare,” Mr Entsch said.

In the June 2017 quarter, national bulk billing rates reached record levels at 86.4%, that’s up from 85.9% the previous June. Historically this quarter is always high due to the winter flu season.

The total cost of all Medicare benefits paid last financial year was $22.0 billion, which is an increase of 4.2%.

“These figures released today by the Department of Health and the Department of Human Services show that Medicare is stronger than ever in Far North Queensland, and we will continue to ensure it is strengthened even further into the future,” Mr Entsch said.

“Universal access to medical services, public hospitals and medicines through Medicare and the Pharmaceutical Benefits Scheme is something Far North Queenslanders rightly expect, and something the Government is delivering on.

“Our Long Term National Health Plan will ensure all Australians continue to be supported by one of the best health systems in the world long into the future,” Mr Entsch said.