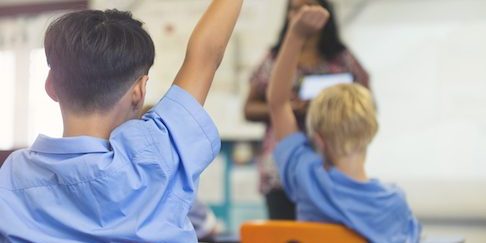 Students in Cairns and Far North Queensland will benefit from the Morrison Government’s record $5.4 billion funding for schools in Queensland next year.

Funding for Queensland schools has almost doubled since the Coalition came to office and is locked in to grow a further 38 per cent between now and 2029.

Between 2018 and 2029, Queensland schools will receive more than $68 billion through the Quality Schools package.

Nationally, the Morrison Government will provide a record $24.8 billion in recurrent funding for all Australian schools in 2022.

Federal Leichhardt MP Warren Entsch said the Morrison Government’s record investment in Queensland schools was in investment in our future.

“We’re giving kids in Cairns and Far North Queensland the best possible chance to get the best education and reach their full potential,” Mr Entsch said.

“We have many great schools in Cairns and Far North Queensland filled with hard-working dedicated teachers and the Government is backing them, so they can focus on giving their students the best education.”

“We are committed to seeing our school students once again performing among the top nations across reading, mathematics and science by 2030,” Mr Tudge said.

“To do this we need more than funding – we need to attract the best students into teaching and give them the best training, fix our curriculum and back our teachers with strong assessment tools.

The government launched a review of initial teacher education last month which is due to report later this year.

The National Curriculum is also under review, with the independent body ACARA currently seeking public feedback on draft proposed changes.

Funding increases for schools in the Leichhardt electorate is available from: www.education.gov.au/school-funding-estimator