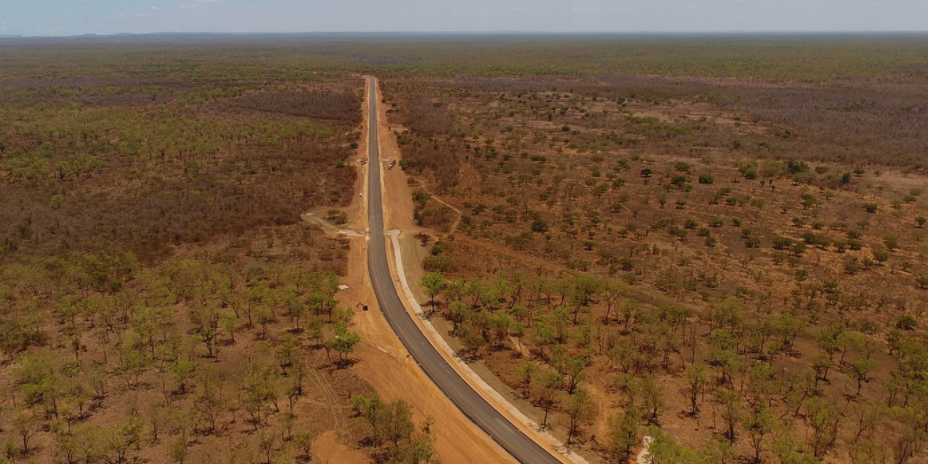 A key milestone has been achieved on works to progressively seal the Peninsula Development Road with the Kennedy to Rocky Creek project now complete.

The Kennedy to Rocky Creek project, delivered by Bama Downer Joint Venture, is the first project under the Cape York Region Package (CYRP) Stage 2 to be completed in 2021.

“The CYRP Stage 2, jointly funded by the Australian and Queensland governments, not only upgrades critical infrastructure on Cape York Peninsula, but delivers so much more for the local community,” Mr Entsch said.

“The $23.84 million Kennedy to Rocky Creek project sealed 4.9 kilometres of the PDR, delivered more than 5000 hours of indigenous training and upskilling, and produced over $12 million of local industry participation.

“As a direct result of the PDR sealing, we have seen increased tourism, improved connectivity and greater access to services for people living in remote areas on the Cape.”

“The extensive sealing works are being done by a large First Nation’s workforce in a partnership including Bama Downer Joint Venture,” Mr Bailey said.

“The works are carried out under an agreement between the Palaszczuk Government and Traditional Owners.

“This sets out clear goals relating to economic opportunities, training and local industry participation, which were built into all construction contracts.

“This is delivering unprecedented access to local employment and training opportunities.

“PDR is one of the wildest roads in the country, and the Palaszczuk Government is proud to be delivering overall a more than $500 million upgrade,” Ms Lui said.

“Each kilometre we seal we get closer to achieving our goal of making Cape York a more accessible region.

“I am excited to see the next phases of the sealing works completed, helping people in communities across Cape York get home safer and sooner.”

CYRP Stage 2 will progressively seal a further 55 kilometres of the PDR.

In 2021,15 kilometres of the PDR will be sealed with the following projects: