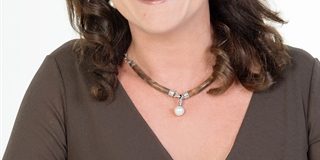 The Australian Government has announced the establishment Board of the $75 million CRC for Developing Northern Australia, which will get to work on attracting research projects that benefit the north.

The CRC, which will have its headquarters in Townsville as part of the Townsville City Deal, will be chaired by Cairns business woman Sheriden Morris. Its other members include representatives from Queensland, Western Australia and the Northern Territory.

Minister for Industry, Innovation and Science, Arthur Sinodinos, said the CRC is open for applications for short-term collaborative research projects that will enhance the competitiveness of Northern Australia.

“This CRC will bring together industry, research organisations and all northern jurisdictions with international partners to tackle barriers to private investment in the north, with an initial focus on agriculture, food and tropical health,” Minister Sinodinos said.

“The CRC for developing Northern Australia will focus on the issues that matter in the north,” Minister Canavan said.

“The Board has a deep understanding of the issues facing the north – all of its members are from Northern Australia.

“The Coalition Government understands that to encourage industry-led research that focusses on the issues that matter in Northern Australia, it’s essential to have representatives that understand the unique conditions in the north.”

Senator Ian Macdonald said the CRC represented a pivotal step forward in the Government’s commitment to the development of Northern Australia.

“The CRC is the hub for research and development opportunities that will help build capacity and drive investment across the north,” Senator Macdonald said.

“Townsville is ideally positioned as a central point for the universities and research institutions across the north.

“Their combined scientific and research expertise will lead the way in unlocking the potential of the region, and under the direction and influence of the highly experienced Board, I am looking forward to a raft of exciting projects that will drive the north’s economy and provide sustainable employment opportunities for the next generation.”

Leichhardt MP Warren Entsch said a focus of the CRC would be on the successful utilisation of tropical expertise, which relies on experience and an understanding of how to do business in the tropics.

“It’s also about how we overcome impediments to development, and looking strongly at indigenous-lead development in Northern Australia – particularly in areas such as aquaculture, where there are significant opportunities,” he said.

“There are some outstanding individuals on the Board and I’m really pleased that someone of Sheriden’s calibre has been appointed as the Chair. I’m also glad that funding has already been allocated for the first round of programs so they can kick off as soon as possible.”

Minister Canavan said the Board will work closely with stakeholders to establish the CRC over the coming months to support industry-led collaborative projects right across the region.

“In addition to announcing the Board membership, I’m pleased to be calling for applications for an early funding round, for funding of up to $3 million for up to three years.”

Applications are now open and further information about project requirements will be available on www.business.gov.au shortly.

More information about the CRC’s establishment Board members is attached.