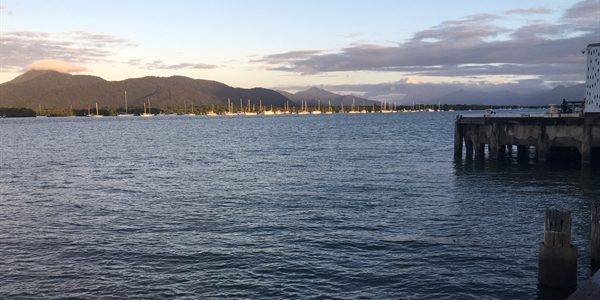 LEICHHARDT MP Warren Entsch has slammed news that the submission of the draft Environmental Impact Statement on the Cairns Shipping Development has been delayed yet again.

“Little wonder our economy continues to struggle when something that should be relatively straightforward like this can’t be completed in a timely manner.
“You have to ask the question ? are there genuine reasons for the delays? Does Ports North not have the capacity to complete this task in the time frames set? Or is this just playing the politics and complying with the State Labor Government’s agenda? Either way, it is not in the best interests of the community.”

Mr Entsch said the benefits of dredging the port to allow access for larger vessels to moor were indisputable.

“We’ve seen the positive impact on the cruise industry already, but opening our port will provide opportunities way beyond just tourism. Yet the State Government continues to drag its feet in getting this finalised.

“I think the Cairns community needs to send a message that this issue will not go away. You can drag it out as long as you like, it’ll keep costing the community millions of dollars a year, but common sense says it will happen and you will be condemned for the delay.”

On numerous occasions Mr Entsch has urged the State Government to seek financial support for the dredging project through the Northern Australia Infrastructure Facility, however this process can’t be started until the EIS is finalised.

He commended Cairns Port Development Inc and its Chairman Ron Crew for their commitment and ongoing efforts as vocal advocates for the shipping development project.