My Health Record for North Queenslanders 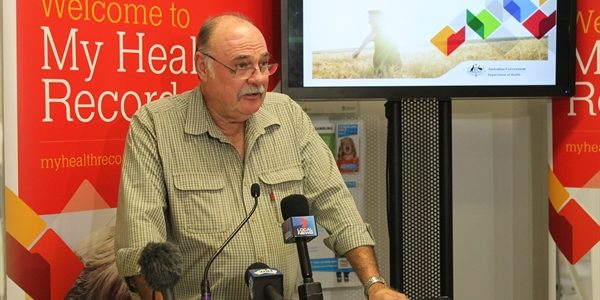 UP to 700,000 residents of Northern Queensland will soon have a My Health Record automatically created for them as a part of a large-scale trial of new participation arrangements.

“My Health Record allows a person’s important health information – such as medications, treatments and allergies – to be shared securely online at any time with their authorised healthcare providers including doctors, pharmacists and hospitals,” Mr Entsch said.

“With this trial, people living in the Northern Queensland Primary Health Network (NQPHN) region who are registered with Medicare will have a My Health Record created for them by 15 June 2016.

“If they decide they don’t want a My Health Record, they’ll have eight weeks to opt-out.”

Around one million My Health Records are expected to be created as a result of the two trials.

“This is a really exciting opportunity for North Queensland residents to shape the future of Australia’s healthcare by embracing the benefits of My Health Record,” Mr Entsch said.

“My Health Record will support better, faster health care decisions in North Queensland and across Australia. It will also reduce adverse events by ensuring health professionals get access to health information for their patients that they may not otherwise have had.”

The NQPHN region covers Mackay, Townsville, Cairns and Hinterland, Cape York and the Torres Strait, and NQPHN Chairman Trent Twomey said the PHN was delighted to take part in the trial.

“We are the fourth largest PHN in geographic terms, and the rural and remote nature of our region reinforces the need for a functional digital health record system.

“It’s a huge opportunity to improve the connectedness of care and will be especially helpful in improving health outcomes for Aboriginal and Torres Strait Islander people.”

More than 2.6 million Australians already have a My Health Record. Improvements to My Health Record will be introduced soon to make it even easier and more effective for consumers and health professionals, and it will continue to evolve over time.