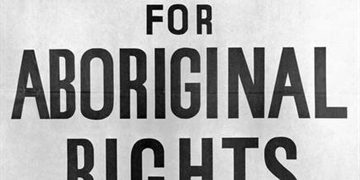 FEDERAL MP Warren Entsch has expressed his deepest sympathies to the family of Aboriginal leader Dr Evelyn Scott, AO who passed away in Cairns on Wednesday.

Mr Entsch has described Dr Scott as a remarkable woman who made significant contributions to the advancement of Indigenous people’s rights through her political acts, including as ATSIC Chair in the late 1990s.

Born in Ingham in 1935, Dr Scott began her political career in the 1960s when she joined the Townsville Aboriginal and Torres Strait Islander Advancement League.

She played an active role in campaigning for the 1967 Constitutional Referendum, and in 1973 became the first general-secretary of the Indigenous-controlled Federal Council for the Advancement of Aboriginals and Torres Strait Islanders (FCAATSI).

Dr Scott also campaigned to protect the Great Barrier Reef, and served as a Marine Park Authority board member in the 1980s.

She received honorary doctorates from James Cook University and the Australian Catholic University, a Queen's Jubilee Medal, an Order of Australia, and the Queensland Greats Award for contributions made to the history and development of our state.

Mr Entsch said there is no doubt Dr Scott has left her mark, and has made Australia a better place with her passion and advocacy to help others.

“Dr Scott will be sorely missed, and remembered with a great deal of pride,” Mr Entsch said.