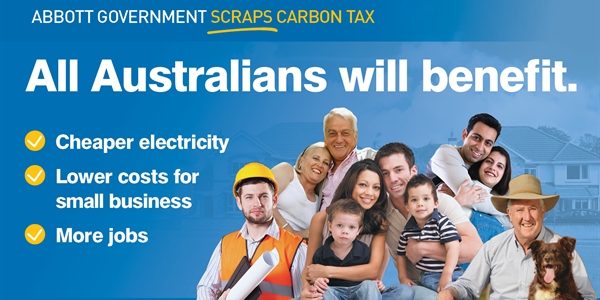 TODAY’S vote by the Senate to repeal the Carbon Tax is great news for local families and small businesses, Warren Entsch, the Federal Member for Leichhardt, said today.

“The Government’s consumer watchdog, the ACCC, has been given extra funding and powers to ensure that savings are passed on to consumers.

“Scrapping the Carbon Tax will also take a cost burden off local businesses. This will make it easier for them to compete and employ more people.”

Mr Entsch said that over the last two years he had heard from many Far Northern residents, concerned about how the tax had imposed a noticeable burden on their small businesses and their family.

“Whether it’s the fruit and veg market that has had to pay a massively inflated price for refrigerant gas or the regional airlines whose operating costs have skyrocketed, there’s no doubt that the Carbon Tax is a $9 billion a year hit on the economy which hurts small businesses and costs jobs.

“Scrapping this tax has been a grassroots effort ? led by the Prime Minister, but helped by the voices of everyday Australians. It may have taken time and there were obstacles along the way, but we’ve done this together.”

Mr Entsch said scrapping the Carbon Tax was just one part of the government’s plan to build a stronger economy and create more jobs.

“It’s also important that we get the Budget under control, continue to reduce paperwork and build the infrastructure we need ? whether it’s upgrading the Bruce Highway, sealing the Peninsula Development Road or repairing the sea walls on the outer Torres Strait Islands.

“There’s much more to do, but removing the world’s biggest Carbon Tax from the backs of everyday small businesses and families is an important step in building a stronger economy.”