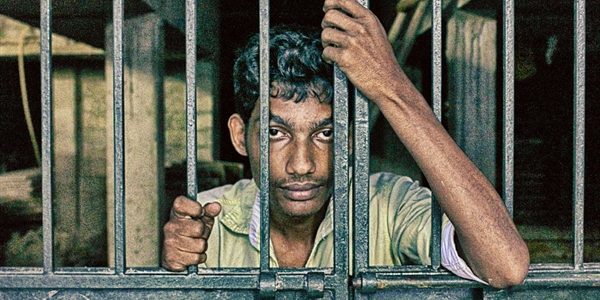 FEDERAL Member for Leichhardt Warren Entsch has called on the Indian Government to release 47 young people who have been held in custody without charge for the past two months in the north-western Indian state of Punjab.

Among the group of social media bloggers on the Sikh faith is British citizen Jagtar Singh Johal.

Mr Entsch said Mr Johal, also known as Jaggi, posted a website story about the mass killings and disappearances of thousands of Sikhs in 1984 before he was arrested.

“Jaggi, who was in India for his wedding, had been shopping with his wife in the Punjab town of Jalandhar on 4th November when he was taken from a street and bundled into a car.

“Witnesses said he was grabbed by plain clothes police officers and a sack was placed over his head.

“The families of those arrested have also been tortured which has caused much distress and concern amongst the Sikh community worldwide,” Mr Entsch said.

“Australian Sikh families are anxious about their own safety and visiting family in India.

“I urge the Indian government to immediately release any Sihks held without charge and ensure they are given full rights to legal and consular support,” Mr Entsch.

“I have written to Australian Foreign Minister the Hon. Julie Bishop requesting she intervene with the Indian government to ensure the safety of these young people.

“In 2012, I tabled a Sikh genocide recognition petition in the Australian Parliament.

“Since then I have asked the Minister to monitor ongoing human rights violations against Sikhs, Christians and other minority groups in India,” said Mr Entsch.

Cairns man Daljit Singh is an executive member of the Supreme Sikh Council of Australia and the Sikh Genocide Recognition committee.
Mr Singh said the current arrests, unlawful detentions, and incidents of torture by police are repeating patterns of policing seen during the events of 1984.

“About 200,000 Sikh youth disappeared in Panjab in the 1980s and 90s and the community continues to be concerned about their safety,” Mr Singh said.

“The targeting by police of social media activists who seek to raise awareness of human rights violations is particularly concerning.
“I am hopeful that Australian government will address our concerns and Australian Sikhs will continue to speak out against injustice, discrimination, torture and genocide.