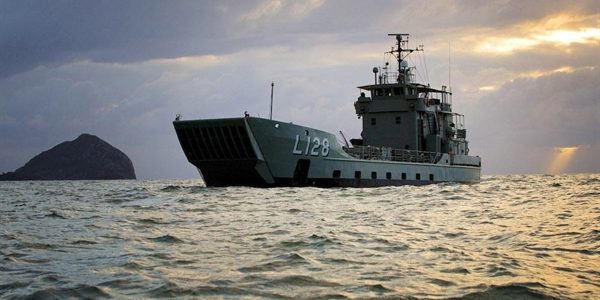 Senator the Hon Marise Payne, Minister for Defence, and the Hon Warren Entsch MP, Member for Leichardt, have welcomed the approval of a $300 million upgrade to the naval base, HMAS Cairns, to accommodate new Offshore Patrol Vessels.

With the announcement of German company Lurssen to be the prime contractor of the construction of 12 Offshore Patrol Vessels in South Australia and Western Australia from next year, the Federal Government has confirmed it will home base four of the vessels at HMAS Cairns.

“This requires $300 million of works on infrastructure and wharfage, to accommodate the larger vessels in Leichhardt,” Minister Payne said.

Mr Entsch said the 2016 Defence White Paper had originally committed $100 million for the OPV wharf and infrastructure upgrade by 2020.

“Today’s announcement confirms an extra $200 million will be spent on the works,” Mr Entsch said.

“That takes the overall committed spend for HMAS CAIRNS to $635 million over the next 12 years, which is $215 million more than the $420 million which was first committed in the in the white paper.

“This announcement reinforces the Australian Defence Force’s commitment to our region as it works to build a ship maintenance and sustainment hub.

“It also secures new employment opportunities for locals and jobs for the future” Mr Entsch said.

“The Offshore Patrol Vessels will provide our Navy with greater capacity and capability for a range of operations, particularly border security and offshore resource protection.

“The $300 million upgrade at HMAS Cairns is a key part of delivering this capability and comes on top of the Federal Government’s investment in the Cairns Maritime Precinct, which was a 2016 Election Commitment that has been delivered.”

“The HMAS Cairns project will offer local businesses the opportunity to be further involved in delivering upgrades to HMAS Cairns.

“This project is yet another example of the Federal Government delivering opportunities for local businesses in Cairns, while ensuring our nation’s safety and security,” Mr Entsch said.

“Local businesses will also have the opportunity to provide support to the ongoing sustainment and maintenance of the new patrol vessels.”

“This investment is further demonstration of the Federal Government’s commitment to Far North Queensland in recognition of its importance to Australia’s long term national security and border protection.”