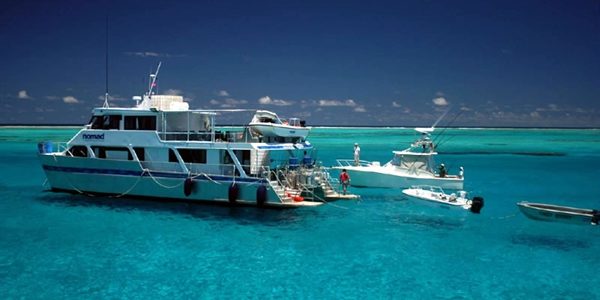 FEDERAL Member for Leichhardt Warren Entsch says Labor’s decision to swap preferences with the Greens in more than 90 per cent of electorates – including all marginal seats and in the senate – is a “disgusting display of hypocrisy”.

“This back-door deal confirms that Labor is captive to the Greens and that, given half a chance, they’ll sell out again and do another deal with the Greens to form a minority government,” he said.

“But a Labor-Greens-Independent minority government would be a disaster for Far North Queensland. The Greens want to weaken our nation’s borders, and they want a new electricity tax to drive up the cost of living – which we know is already too high here in Northern Australia.

“If that ever happened, we’d see a return to the economic chaos of the Rudd-Gillard-Rudd years,” he said.

“We also know that Labor and the Greens will lock up the Coral Sea for fishing. Together they’ve committed to shutting down this vital industry, imposing bans on commercial, recreational and sports fishing.

“This is totally unnecessary – we can have equitable and sustainable access to, and use of, our marine resources. Aside from the fact that it will be a fiasco, they’ve only allowed $100 million in compensation – judging from past experience that is a drop in the ocean compared to the value of these industries to our local economy.”

Mr Entsch said the choice at this election was now even clearer – a strong, stable majority government with a clear economic plan, or a Labor-Green-Independent Government.

“I hope that the people of Far North Queensland will see through the ‘smoke and mirror’ games that Labor, independents and the minor parties are playing,” he said.

“We know that Far North Queensland is an amazing place in which to live, work or holiday, but there is a huge amount of potential to be realized and I want to continue my work to achieve this.

“In the last three years I’ve managed to personally secure more than $1 billion in funding commitments for our region, and I’m hopeful that locals will again put their faith in me to continue leading us forwards,” said Mr Entsch.