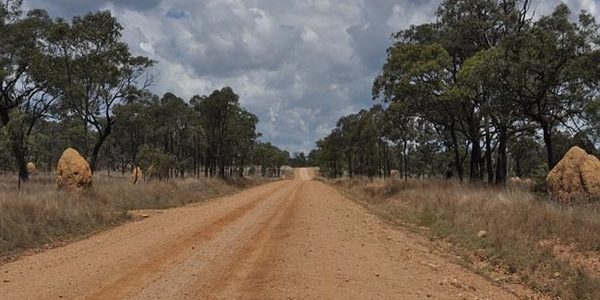 LEICHHARDT MP Warren Entsch has welcomed the Prime Minister’s confirmation that the upcoming White Paper on Northern Australia will include a commitment to seal the Hann Highway.

“This is extremely positive news and I’m sure that the northern development agencies that have been pushing for this commitment will be extremely happy,” Mr Entsch said.

“The sealing of the Hann was a key infrastructure recommendation in the Pivot North report, which has fed into the White Paper.

“It makes absolute sense when you consider the benefits that’ll come with providing an inland, flood-proof alternative to the Bruce Highway and a far shorter travel route between Cairns and Melbourne.”

The Prime Minister, the Hon Tony Abbott MP, was in Cairns today to launch the Northern Australia Alliance ? a new partnership between key advocacy bodies from Queensland, Northern Territory and Western Australia.

The partnership aims to unite to work collaboratively and act as catalysts to help shape and change communities across Northern Australia in a strategic and consultative manner.

Mr Abbott witnessed the signing of a memorandum of understanding between Advance Cairns, Broome Future Inc, and Northern Territory Chamber of Commerce.

In addition, he publicly released Infrastructure Australia’s Northern Australia Audit report, which provides a detailed factual base to help guide future decisions of governments, and confirmed that the White Paper on Northern Australia will be released in June.

Mr Entsch said the Alliance represents a landmark in the development of Northern Australia, and will help to realise new opportunities that will benefit the entire country.

“The collaboration between these organisations is an exciting indication of the potential that lies within this new frontier in the economic development of Australia.”

Advance Cairns Chair Trent Twomey said the aim of the Alliance was to research, validate and build community support for concepts and ideas for the region.

“We will strive to significantly improve the economic, social, cultural and environmental well-being of Northern Australian communities and citizens, with a key objective to ‘keep alive’ the work that is been done at a national level,” he said.

Northern Australia is broadly defined as the parts of Australia north of the Tropic of Capricorn, spanning WA, NT and Queensland. The area covers approximately three million square kilometres with a growing population of around one million people.