Government forges ahead with agenda for developing the North 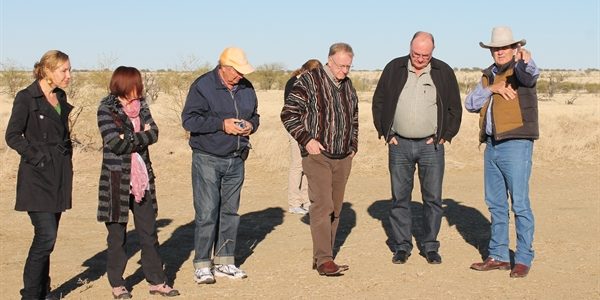 MOMENTUM on Northern Australia has ramped up this week with three key programmes or initiatives in the White Paper now actively seeking participation from interested local stakeholders.

Firstly, the private sector is being invited to put forward ideas on public-private partnerships that could maximise the benefits of the $600 million Northern Australia Roads Programme.

“Within the next fortnight, we’ll be releasing a discussion paper and asking the private sector to put forward creative ideas that’ll help leverage the investment by the Commonwealth, states and territories in northern Australia infrastructure,” Mr Entsch said.

“It’s important to test the waters and see whether there’s any interest from infrastructure and construction companies, or from major road users in agriculture, resources or tourism for example.

“There might be a situation where the upgrade of a road will help commercial users get from point A to point B faster and more reliably, so they might be happy to contribute to the cost of the upgrade in some way.

“Projects that improve the links between states and territories, or connect regional communities to ports and airports, are another possibility.”

Mr Entsch said local stakeholders will need to get in quick with their feedback as the government is aiming to select successful projects in early 2016.

This week has also seen the appointment of Richmond Shire Mayor, Mr John Wharton AM, as the interim Chair for the Cooperative Research Centre (CRC) for Developing Northern Australia.

“I’ve known John for many years and he had a lot of input during the Pivot North inquiry, so he’ll be fantastic in this role,” Mr Entsch said. “He knows the region, the industries and local government systems like the back of his hand, and he’s also highly capable and greatly respected.

“My congratulations to him; I’m looking forward to continuing to work towards a common goal.”

As the interim Chair, Mr Wharton will consult extensively with stakeholders to set the direction and research agenda for the CRC, which is expected to start in early 2016.

“We’re not looking to reinvent the wheel here,” Mr Entsch said. “The CRC will build on existing research, expertise and networks to quickly identify knowledge gaps and pinpoint the areas where research can deliver actual benefits to industries like agriculture, food or tropical health.”

“The key criteria here are that projects must support economic infrastructure with a public benefit, which has multiple users,” Mr Entsch explained.

During Question Time on Wednesday, Mr Entsch asked the Minister for Resources, Energy and Northern Australia, Josh Frydenberg MP, about the benefits of the NAIF for Leichhardt.

In responding, Minister Frydenberg spoke of his visit to Cairns late last month and commended the forum organised by Advance Cairns and the Chamber of Commerce. He also told his colleagues about his visit to Cairns Airport, the seventh-largest international airport in the country.

“I discussed with the operators a potential upgrade to that airport of up to $1 billion, to create an aviation enterprise precinct which brings together engineering, freight and logistics and aeronautical services,” Minister Frydenberg said.

“Also raised with me was the Nullinga Dam proposition, which has been put forward by the Queensland government as a potential NAIF project, which could provide water security to people in the region.”

Mr Entsch said it will be partnerships on major infrastructure projects like Nullinga and the Cairns Airport redevelopment that will be critical in building Northern Australia’s capacity and population into the future.

“As Josh said, ‘this is ultimately a national endeavour, because, when the north of Australia prospers, the rest of Australia also prospers’. I’m certainly feeling excited and honoured to be a part of it, and I’d urge all interested local parties to get involved as we ramp up the implementation phase of the White Paper.”