Whyanbeel to get NBN by the end of this year 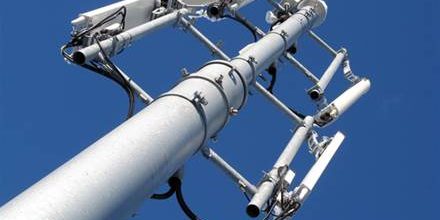 MEMBER for Leichhardt Warren Entsch says Whyanbeel residents and businesses are expected to be connected to the NBN by the end of the year, after today asking Parliament for an update on the installation of the fixed wireless broadband network.

In Question Time, Mr Entsch acknowledged that the Whyanbeel Community Group has been in regular contact with his office because residents and businesses in the area experience very poor internet connectivity.

He then asked Paul Fletcher MP, Minister for Territories, Local Government and Major Projects, to update his constituents as to the progress of the NBN in their area.

Minister Fletcher, who described Mr Entsch as a very strong advocate for the connectivity needs of his community, said Whyanbeel could expect to be connected to the NBN via a fixed wireless base station by the end of the year.

“I’m pleased to report to the house, base stations are under construction which will provide coverage to Whyanbeel,” said Minister Fletcher.

“Already there is a base station operational at Newell Beach and, by the end of the year, the base station at Miallo will also be operational – able to provide coverage to some 900 premises in the Whyanbeel valley area.

“For those who are outside of the fixed wireless network, they will have the benefit of the satellite network. The first satellite has been successfully launched, and satellite service is due to commence by half-way through next year,” he said.

Minister Fletcher said the previous Rudd-Gillard-Rudd government “talked a big game” when it came to the NBN but there was “very little delivery”.

Mr Entsch said the Turnbull Government has now connected more than 300,000 Australian residences and businesses to the NBN, and is well on track to connect 500,000 properties in the 2016 financial year.

He confirmed that the Fixed Wireless tower at Newell Beach was switched on last month, benefiting around 350 local premises.

“I’m keen to hear how users find the new service in terms of download speeds and capacity – any feedback can be sent to me at warren.entsch.mp@aph.gov.au” Mr Entsch said.

To check the rollout schedule for your home or business address, visit www.nbnco.com.au