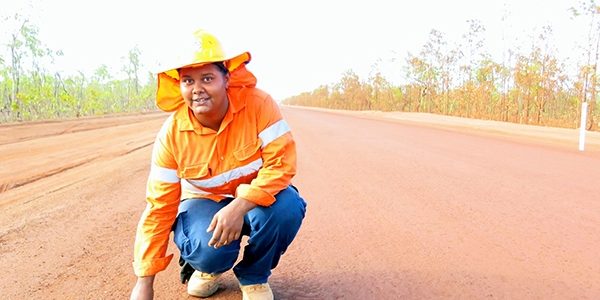 THE Australian Government has approved $100.6 million for further upgrades to roads and other critical infrastructure on the Cape York Peninsula.

Minister for Infrastructure and Transport Darren Chester said the funding approval means that the remaining projects under the Cape York Region Package, including Community Infrastructure projects in eight Indigenous regions, can get underway.

“This announcement coincides with an Expression of Interest being advertised for two Peninsula Developmental Road construction projects to be delivered this year.

“Funds approved are in addition to the $107.8 million already approved for the Early Works Package on the Peninsula Developmental Road.

“This early works package enabled works to start on projects like the Mein Deviation while further planning was undertaken to finalise the entire package.

“Six projects on the Peninsula Developmental Road have been completed to date.”

Federal Member for Leichhardt Warren Entsch said he had advocated for opportunities for businesses in north Queensland to bid for works.

“The Cape York Region Package will lead to improved Indigenous social outcomes, including the creation of employment and training opportunities,” Mr Entsch said.

“These improvements will help meet current and future demand for increased traffic capacity in the Gulf, particularly from the mining and tourism industries.”

Treasurer and Member for Mulgrave Curtis Pitt said projects being progressed under the CYRP were delivering economic and social benefits.

“The CYRP has been supporting the growth of the local economy, providing training and jobs for Indigenous communities and this final approval of funds is great news for the region,” Mr Pitt said.

The total $260.5 million Cape York Region Package is being jointly funded with the Australian Government contributing $208.4 million and the Queensland Government $52.1 million.

An expression of interest was released for the 22km Coen South project and the 13km Archer to Wolverton project. The tender approach for the delivery of the 2016 construction program is the result of interagency discussions at a state and federal government level.

Tenderers will also be required to demonstrate how they will engage local businesses, both Indigenous and non-Indigenous, as well as provide for Indigenous employment and training.

Industry briefings on tender processes will be held in Cairns, Weipa and Coen in the week starting Monday, 16 May.

For more information on the project, including project delivery timeframes and information on procurement and prequalification levels, please go to www.tmr.qld.gov.au

Key facts about the PDR projects being delivered through the CYRP: