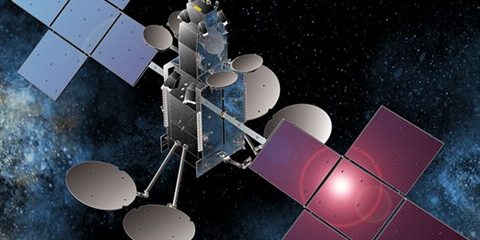 RESIDENTS living across Cape York and the Torres Strait can begin connecting to affordable, high-speed broadband with the launch of services on NBN’s Sky Muster satellite network.

Federal Member for Leichhardt Warren Entsch welcomed the news ? describing it as a “momentous occasion” in the delivery of high-speed internet to regional and remote parts of Tropical North Queensland.

“Until now, many homes and businesses across Leichhardt have had to depend on very basic internet access, which made even simple things like online banking and emailing difficult,” said Mr Entsch.

“This is a practical example of the Turnbull Government’s plan to remove the barrier of broadband connectivity for all Australians.”

Each service requires a professional installation of a new receiver dish and indoor modem. Equal priority will be given to new customers and current NBN Interim Satellite Service users migrating to Sky muster.

“We expect around 5,000 users per month will be connected to the new service in the early months of the rollout, before we scale it up to 10,000 installations per month later this year,” said Mr Entsch.

“More than 600 installers have been fully trained, and are forecast to reach on average one to two premises per day ? with consideration given to safety and the extended travelling times involved in each installation.”

Mr Entsch said more than 4,500 homes and businesses in Leichhardt were eligible to connect to the service, as they are outside of the NBN’s fixed line and fixed wireless coverage areas.

“Wherever you live or work ? from Lockhart River or Laura, Thursday Island, Portland Roads or Pormpuraaw ? you can now get in touch with an NBN service provider to start the connection process,” said Mr Entsch.

He added that residents living in Cooktown would need to enquire about what option is available at their particular home or business, because certain areas of the town will, instead, be covered by the NBN’s fixed wireless service.

A variety of different broadband plans are available from providers, and pricing compares favourably with current international and local commercial satellite and mobile internet plans.

For more information on eligibility and retailers, visit www.nbnco.com.au or freecall 1800 687 626.