Fuel prices to be put under the spotlight in Cairns 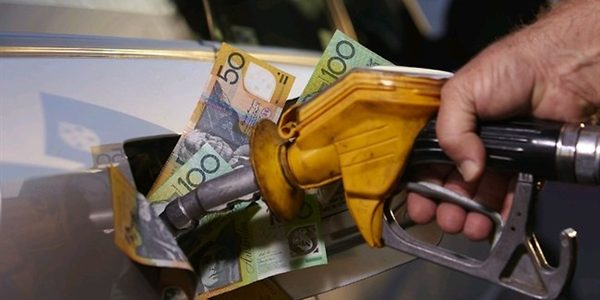 NEWS that petrol prices in Cairns will be investigated by the Australian Competition and Consumer Commission (ACCC) will be warmly welcomed by local motorists and businesses, says Leichhardt MP Warren Entsch.

“This is very good news for our region and something that I’ve been chasing for more than two years,” Mr Entsch said, after speaking to the Minister for Small Business and Assistant Treasurer Kelly O’Dwyer MP this morning.

“People regularly contact me feeling very frustrated because of the significant, unexplained difference in prices between southern centres and the Far North. These high prices have a profound negative impact on household cost of living pressures as well as the transport and tourism industries in particular.

“Driving around the Far North, I see how prices are consistently quick to go up and slow to come down. While I have no issue with businesses making a profit, there needs to be a greater degree of transparency for consumers.”

Mr Entsch said he would also like to see more accountability in cases of price-setting where there is no differential in pricing between multiple retailers. While there may be some small discounts through the supermarket-aligned chains, these are offset by grocery purchases.

“The issue is even more obvious when you see small, national-branded but stand-alone road houses outside of the city limits offering significant variations in price, which is impossible to explain,” he said.

In December 2014 the Coalition Government issued the ACCC with a new fuel monitoring direction, gives the ACCC greater scope to analyse the drivers of fuel prices.

“I first wrote to the then-Minister for Small Business, Bruce Billson, in January 2015 asking that Cairns be considered for a ‘deep dive’ investigation because of the irregularities we see in the cost of fuel, and followed up with Minister O’Dwyer in early 2016,” Mr Entsch said.

“I’ve kept an eye on the ACCC’s new quarterly reports and Cairns is consistently among the most expensive locations in the country for retail petrol prices.

“In fact, at the time I wrote to Minister O’Dwyer, Cairns prices were higher on average than Darwin, Launceston and Armidale ? the first three locations selected by the ACCC for investigation. That clearly shows we have a problem.”

The ACCC is is interested in receiving any comments or information that consumers, industry participants, stakeholders or any other interested parties may wish to provide about petrol prices in Cairns.

Information gathered through this process can help the ACCC understand the dynamics of the petroleum industry in Cairns.

“I’ll certainly be getting involved in this process and I’d urge local motorists and businesses to do the same ? this is our chance to put the spotlight on high fuel prices in our region,” Mr Entsch said.

For more information visit: https://consultation.accc.gov.au/, the deadline for submitting comments or information is 31 July 2016.