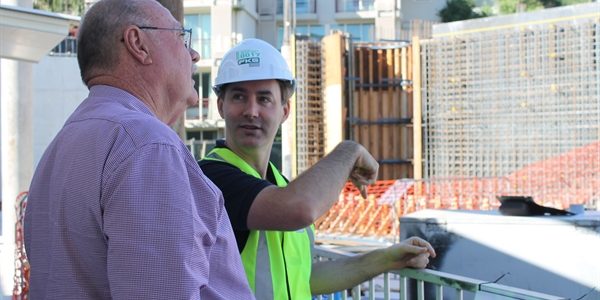 The latest employment figures paint a bright picture for Far North Queensland jobseekers and is further proof the region is starting to recover economically following some lean years.

Federal Leichhardt MP Warren Entsch said the latest employment figures showed the unemployment rate across FNQ had dropped by a massive 1.3 per cent over the past year.

He said the current unemployment rate in FNQ for the December 2017 quarter was 7.1 per cent – but more work needed to be done to help get people into work.

“It is a very exciting time for our city and region,” Mr Entsch said.

“For the first time in a long time the unemployment rate is moving in the right direction.

“We are starting to see the significant investment in our city creating local full-time jobs.”

“More jobs were created across the nation last year than any calendar year on record,” he said.

“The Federal Government is 100 per cent committed to creating jobs in Far North Queensland through initiatives such as the Regional Jobs and Investment Package and the newly-announced Regional Growth Fund.

“These multi-million dollar initiatives don’t only mean better services and facilities; they mean local jobs for our kids.

“We are on the cusp of some very exciting times in our region and I have no doubt that we will continue to see a reduction in the unemployment rate in the future, in fact, I am sure of it.”